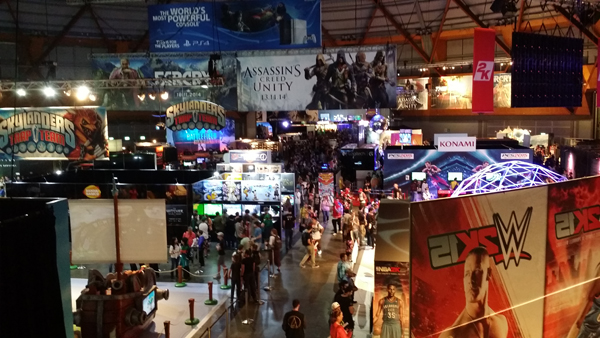 EB Expo 2014 has increased in size and scale every year since it became open to the public in 2011 and this year was no exception. With playable demos of games yet to be released anywhere in the world, massive stage shows, Q&A’s, cosplay contest, retro lounges, movie props, booth babes, the largest EB Games swag store ever and Mexican food stalls selling questionable meats which may have lead to food poisoning. It was a huge few days for the presenters, media and the attendees alike but a fun time was had by all.

Starting off our recap, every big publisher had a presence with the show each having their own booths and playable/non-playable demonstrations of their upcoming or just released titles. The 2K booth was clad in red glass and some sort of weird dome thing to show off Evolve alongside other popular titles like WWE 2k15, NBA 2k15 and Borderlands: The Pre-Sequel. The Ubisoft booth probably impressed the most with all its props. There was a car with The Crew logo plastered on it’s side, a model elephant which got gradually more painted as the show went on alongside, a lifesize statue of Assassin’s Creed:Unity protagonist Arno and the Just Dance 2015 stage show which went on the entirety of the show (those poor dancers must have been tired but managed to keep a smile on their face the whole time). 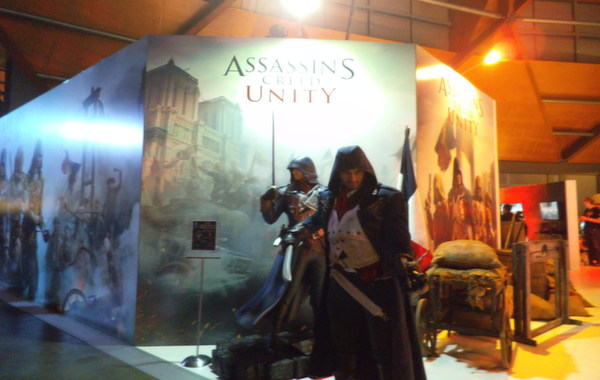 Bethesda was showing off its upcoming horror title The Evil Within with a playable demo and a creepy mini version of the upcoming Horror Maze which will be at Movie World in the near future. This maze was legitimately a nightmare for non-fans of the horror genre, with dead bodies hanging from the ceiling, creepy scientists who chased you and tried to grab you as soon as you got too close and another creepy guy who escapes from his seemingly inescapable cell to chase you out of the maze.

Other booths such as Nintendo and Microsoft’s weren’t as creative but had an excellent section of games people could try out from Super Smash Bros. Wii U and the surprisingly fun and engaging Splatoon to more maturely rated titles such as Insomniac’s Sunset Overdrive and the upcoming Halo: Master Chief Collection which was behind curtains. Sony’s booth was full of PlayStation 4 and Vita titles and also showed off the new Xperia Z3 smartphone which will allow you to play your PS4 games remotely with a cool controller attachment. The Driveclub car out the front was nice to look at as were the two gorgeous girls who were happy to take photos with those not too shy to approach them. 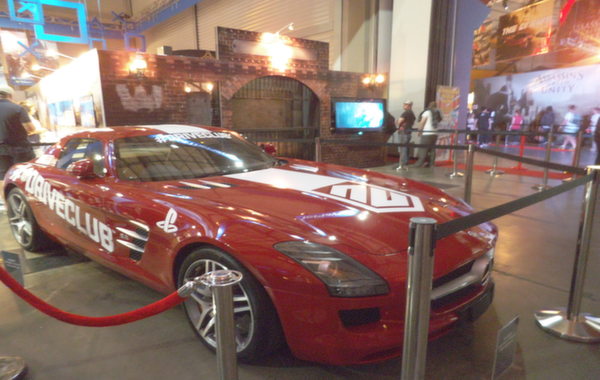 The new Battlefield and Call of Duty shooters proved popular as ever, maintaining long lines throughout the day, with a giant Battlefield 4 tank parked inside the outdoor pavilion which was host to the League of Legends Oceanic Regionals and retro sections featuring tons of timeless classics such Super Mario Bros. All Stars, Donkey Kong, Crazy Taxi and GoldenEye 007 just to name a few. The arcade was another trip down memory lane, featuring pinball machines, Daytona and one of my favourite arcade games of all time, Dragon Punch, where I impressed everyone with my stylish punching technique and score of over 9000.

All five of us at the show struggled to get down to the Robot Wars stage throughout the day but we finally made it down at the end of the second day and man were we glad we didn’t miss it. It was Ripper, a robot with a pressure flipper at the front for rolling its opponents similar to Chaos 2 from back in the days versus Thor, a robot with a giant axe that could swing down with awesomely brutal force. The match ended in a rather amusing way with Rippers low front designed for getting under robots got trapped under a floor panel and when the flipper opened it lifted up the floor trapping the robot underneath. But that wasn’t before some awesome swings form Thor hammer caused sparks flying after coming down on Flipper and some great moments where both robots were getting fried by the flamethrower stage hazard on the side of the stage. Poor Ripper never stood a chance as Thor’s hammer also acted as a spring back to launch the robot back to the correct orientation whenever Flipper would turn it over. 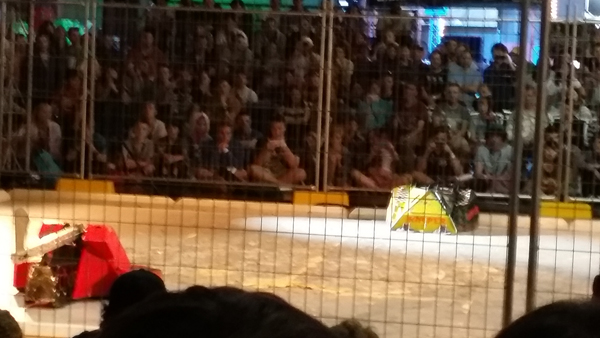 There were also plenty of giveaways, prizes and swag for everyone to collect. From Evil Within boxes, to an infinite supply of posters from Ubisoft, lanyards and even an exclusive Skylanders figure called Gearshift who won;t be available to purchase until 2015! The EB Games Mega Store lived up to its name with plenty of pop culture and video game merch up for purchase like Mario Kart racers, Finn cookie jars, Game of Thrones figures and lots, lots more. Fans of cards games could learn how to play upcoming game Vanguard or get a sample pack from the Pokemon Trading Card Game if you played a match with one of the seasoned demonstrators (who i managed to defeat using some great strategy and a high damage move even though I hadn’t played the game in a while!)

There was also a mini stage which held debates such as the classic Console Vs. PC debate (PC Master Race won this one  just) as well as holding talks on topics such as how to make it in the games industry and aspects of level design. An enormous theater down the back of a show with giant projector screens was reserved for the larger presentations, such as Ubisoft’s hour long presentation which included gameplay of Assassin’s Creed Unity, The Crew, Far Cry 4 and Tom Clancy’s: The Division. 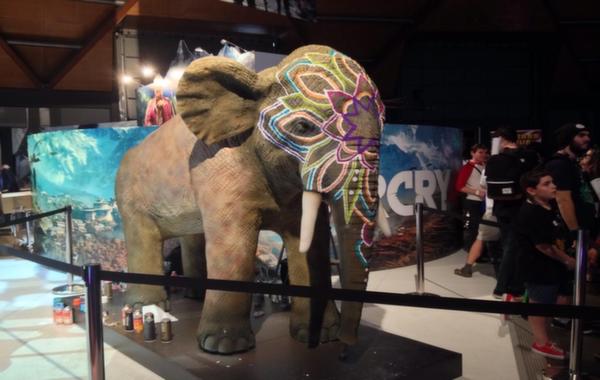 Check out what each of the five Capsule Computers writers that attended the expo had to say about their EB Expo experience.

I love all things Nintendo so heading down to their stage and trying out games like Splatoon, Bayonetta 2 and of course, Super Smash Bros. Wii U was a big highlight for me with all those games living up to their expectations and Splatoon being surprisingly fun. Also sitting down in a racing chair at Ubisoft’s booth to play The Crew with 3 others was really fun as we took out a mini truck and then raced each other in a very close race. Robot Wars, getting back into Pokemon Cards and The Arcade and Retro Sections were also an awesome trip down memory lane and brought heaps of nostalgia along with it. Also those Driveclub and Razer girls, simply stunning. A great expo with great people, had an absolute blast.

This year’s EB Games Expo was so much more spacious, well laid out, and brought some heavy hitters to the show floor. I acknowledge that there was very little on offer for the “PC master race”, but for us console gamers, it was an extremely impressive selection of hands-on demos and live presentations. As a personal treat, being amongst the first people in the world to play as Quan Chi in Mortal Kombat X, a mere nine hours after he was revealed made me mark out like the true MK fanatic I am. And the lite version of Movie World’s The Evil Within Maze was a nice, terrifying surprise. Girls’ screams could be heard from way across the grounds. They almost drowned out my interview recordings! And finally, thanks to 2K for having an open floor plan for their booth…I got to play WWE 2K15 6 times, 6 times, 6 times, 6 times, 6 times, 6 times! 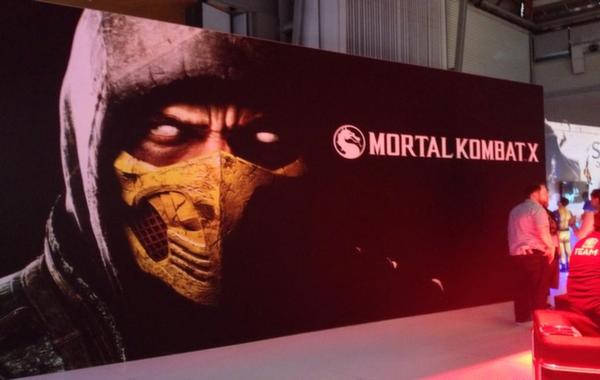 After last year’s EB Expo where we got to try out the then-upcoming Xbox One and PS4, I wasn’t sure if this year’s expo would be able to even come close to matching the quality and level of content. Boy was I wrong! There were more games than I could shake a stick at, and I felt like a kid in a candy store. After sampling everything that was on offer I would have to say that both Evolve and Bloodborne caught my eye (but for very different reasons). Evolve’s new take on multiplayer already has me hooked while Bloodborne fills my need for fast-paced action RPG’s. Although, as great as the games were, the star of the show was without a doubt Warner Bros. The Evil Within Maze Teaser.  Even though it was only a short few corridors I was on edge the entire time! The thrills and the scares were so good that I’m already planning my trip to Queensland to experience the full thing!

Being my first time at EB Games Expo, I was surprised at the huge amount of people who turned up on each day. The best  aspect of the event for me, was being able to try out the upcoming games, particularly Sunset Overdrive, Borderlands: The Pre-Sequel, Splatoon and Dead Island 2. I particularly enjoyed watching the demo gameplay for Alien: Isolation and Assassins Creed: Unity and cannot wait to get my hands on all of those new games. 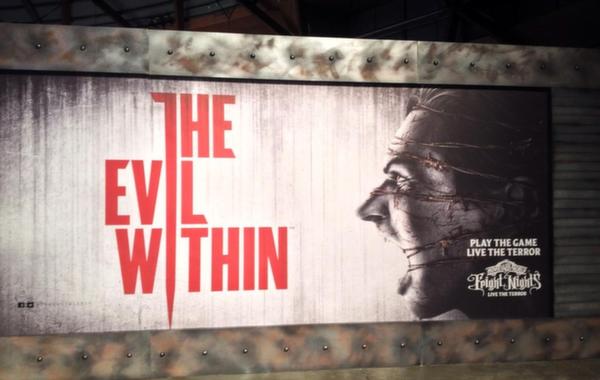 Well dang. As a non-console gamer I felt completely out of my element at this expo as there was not a PC rig anywhere in sight. I felt a bit outraged by this at first (I honestly couldn’t tell you why) but got over myself very quickly. Instead I decided I would jump in head-first and try as many games as I could that were new to me. This might go some way to explain why the games I covered this expo were so eclectic (for those of you at home keeping track). I am still a bit disappointed by the lack of PC games at the Expo, but I am glad I decided to take a chance and play games I would otherwise have not tried. If you find yourself at a gaming convention, perhaps even next year’s EB Expo, I would definitely recommend trying as many games as you can. Who knows, you could very well end up finding a new genre of games that you didn’t know you liked before.

All up it was a fantastic experience and we can’t wait to see what EB cooks up for the 2015 expo (hopefully some more PC presence for Mateja)! For all of our EB Expo 2014 coverage including hands on impressions, demonstrations and interviews with developers, please follow the link.