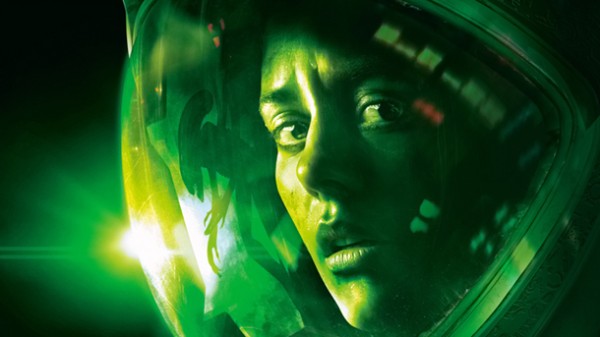 The Creative Assembly’s, Alien: Isolation is just as frightening as the 1979 sci-fi phenomenon, ‘Alien’ by Ridley Scott. The video presentation by the creative lead, Alistair Hop at the EB Games Expo over the weekend, showed the first gameplay demo of the survival horror title. And let me tell you, it was enough to make me jump in my seat and hold onto the person next to me (as embarrassing as that is to admit). Believe me, Alien: Isolation is the perfect example of its genre, a truly terrifying game that will creep inside the back of your mind and trigger the true meaning of fear.

The demo features Amanda, who is on board a remote space station, Sevastopol, to retrieve the flight recorder, in the hope that it will provide answers about the disappearance of her mother, Ellen Ripley, fifteen years ago. In Alien: Isolation, players are pitted against a sole Alien presence and can only survive each mission by using stealth, improvising solutions (like hiding under a desk) and scavenging as many resources as possible. While players are able to craft together items they collect, such as ethanol and batteries for creating weapons, there is no guarantee that it will take down the ruthless threat. For example, in the gameplay demo we watched Amanda used her flamethrower against the Alien, which didn’t work out so well for her . . . When players come face to face with the Alien, there is literally nothing they can do to avoid death. 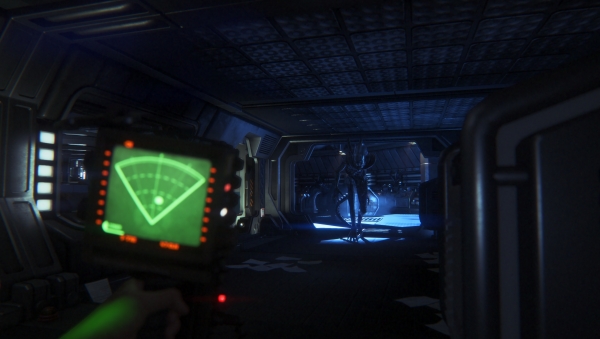 Luckily, players are able to use the portable motion tracker as a way of keeping tabs on the Aliens movements. The device captures Alien activity within the directed radius, with a dot that beeps and flashes when the enemy is extremely close. Yet, the motion tracker is imperfect, because it fails to provide information regarding whereabouts the Alien is moving within the space station. Are they crawling in the vents above you or hanging around the corner of the room you’re hiding in?

The impending sense of doom and the gut wrenching sensation that comes with every noise, every flicker of darkness and every haunting hiss of the Alien nearby, is the driving force that defines Alien: Isolation. When players die (and they will again and again), they are sent back to the last saved check point and must go through the same area until they complete the mission. It’s important to note that the game patterns of the Alien’s movement is never the same (highly unpredictable), therefore players have to be extremely cautious and quick to respond in every aspect of the game. 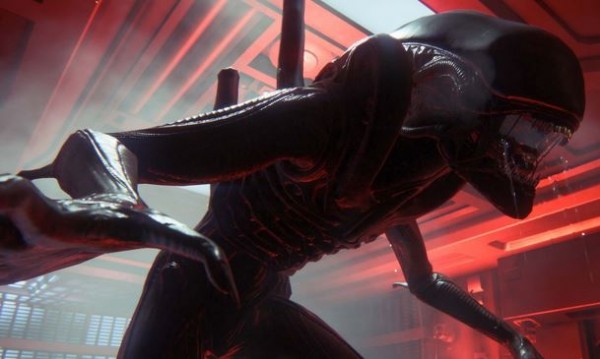 After watching the gameplay demo, I can honestly say that The Creative Assembly and Sega’s reboot of the Alien franchise will surely impress survival horror fans. If you dare face the horrors of Alien: Isolation, the game will be available tomorrow on Playstation 4, Playstation 3, Xbox One, Xbox 360 and PC. Head to the EB store here to order the game now!

For more coverage from EB Games Expo and hands on previews, please follow the link provided.