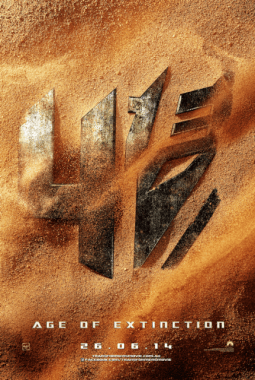 After months of being referred to as simply Transformers 4, the next entry in the Transformers film franchise has received an official title – Transformers: Age of Extinction.

Filming started on the project back in May, helmed by the once sequel-dismissive Michael Bay, who has written and directed recent action/black comedy Pain & Gain since the release of Transformers: Dark of the Moon in 2011.

You can check out the first official poster for the film to the right. Transformers: Age of Extinction hits Australian theatres June 26th, 2014, thanks to Paramount Pictures Australia.