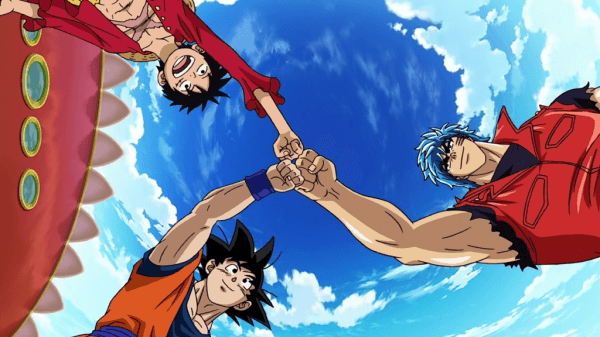 “We’re the three best friends that anyone could have…”

If you’re anything like me and just love the all around Shonen Jump catalogue than I think it’s about time you get hyped up and incredibly excited because the people at Shonen Jump have released a set of two different T-Shirts which feature characters from Dragon Ball Z, One Piece and Toriko. This is to add on to the fantastic SJ 45th Anniversary Celebration, these shirts are being sold in all “Village Vanguard” stores around Japan but I’m sure they will hit the online market in no time so us fans outside of Japan can get a taste of some Shonen action. 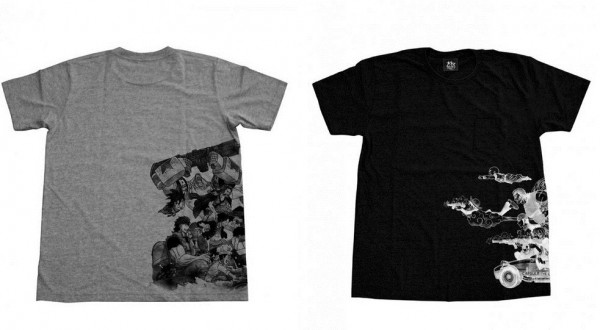 The Black on Grey and the Grey on Black. Confusing huh?

As I mentioned above, there will be two different styles of shirt in two different colours; either White on Black or Black on grey. The design will feature an array of the characters from the three series’ riding on what seems to be a combination of the Going Merry Ship (One Piece) and a Capsule Corporation Ship (Dragon Ball Z). The shirts are going for 5,040 yen which adds up to about US$50.50, a little bit pricey but it IS Shonen Jump after all! 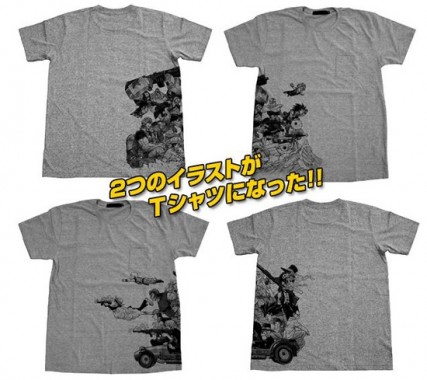 The Black on Grey with the two different designs, front and back.

Tell us what you think about these shirts and, in fact, tell us what you think about all the different celebrations and festivities that are coming out of Shonen Jump’s 45th Anniversary! I guarantee there is plenty more to come from them before the year is up so keep your eyes on the site for any and all news to come out of Shonen Jump’s Anniversary Celebrations.