Mortal Kombat episode 9 was shown today during the Mortal Kombat Legacy panel at Comic Con, showing Cyrax and Sektor in combat, as well as an unidentified cyborg. A few photos were leaked, and fans have been arguing since over who it has been since. The issue has been is that the cyborg is a dark blueish-grey. From stills shown online, most fans assumed it was Smoke as he appeared in Mortal Kombat 3, others thought it was just Cyrax just looking another colour due to lighting or perhaps his model was unpainted and others figured it was just Cyber Sub-Zero. However, many of the hardcore fans argued it was Hydro, who many replied with “Who the hell is Hydro?!” 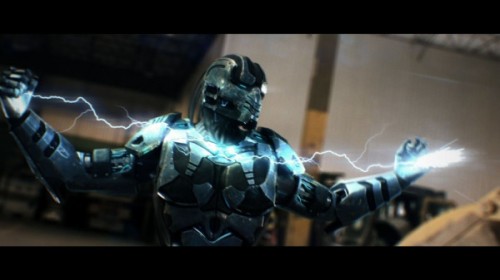 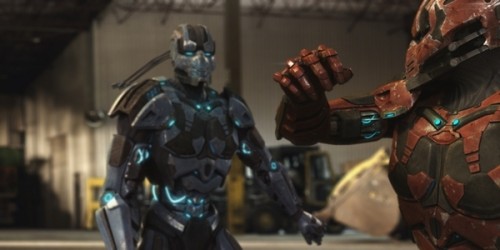 If you haven’t heard of Hydro, I can’t blame you! He has only officially appeared in the extended universe outside the video games of the Mortal Kombat franchise. Hydro has only officially appeared in the Mortal Kombat comic series Mortal Kombat: Blood and Thunder published by Malibu Comics between 1993. Here he was close friend of Sub-Zero and a fellow Lin Kuei clan member with the ability to control water, some of which were strong waves that were so cold that they could actually freeze the opponent upon contact. Hydro was later killed by Scorpion in the comics as part of his promise to slaughter all of Sub-Zero’s friends and family before killing Sub-Zero himself. However in these adventures Hydro was not a Cyborg as depicted in Mortal Kombat Legacy, but rather a human ninja like Sub-Zero. 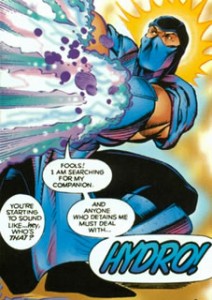 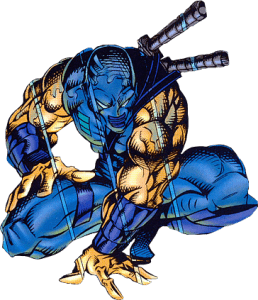 Hydro as he originally appeared in 1993’s Mortal Kombat: Blood and Thunder 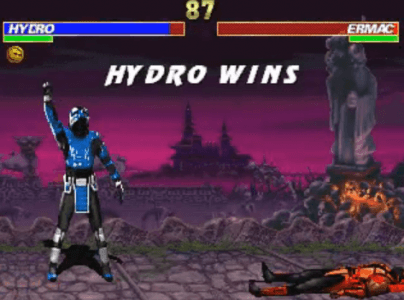 Hydro became popular as a cyborg, through M.U.G.E.N games such as Mortal Kombat Project 4.1

However this isn’t to say Hydro has never been seen in a cybernetic form before, and this is where things start getting more interesting! Using a program known as M.U.G.E.N, many fan-made fighting games have been made based around Mortal Kombat, as well as characters and fighters as well. One of the most popular characters has been a cybernetic Hydro. This version of Hydro was most popularly seen in the fan made game Mortal Kombat Project 4.1, where he appeared simply just colour-palate swap of Cyrax, with new animations including a few elements taken from the character Glacius from the Super Nintendo adaptation of Killer Instinct. The end result was a blue Cyrax, with fighting elements borrowed from Sub-Zero and Glacius. You can download and play the game here, and check out the embedded video below of Hydro, or even watch it on youtube here! 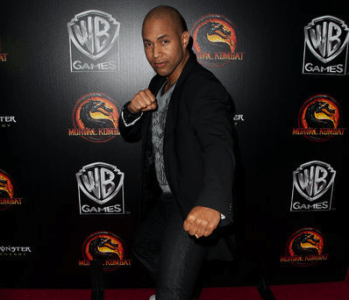 [MKO]: There have been a lot of reports that you’re playing two characters — Cyrax and Hydro. Is that accurate?

[Shane Warren Jones]: Yes, that is correct. All I can say is that Hydro is also part of the Lin Kuei. [smiles]

[MKO]: What were some of the demands of playing two characters? How did you separate them?

[Shane Warren Jones]: Well, I was lucky in that there wasn’t a lot of info on Hydro, so it was pretty hard to mess him up. It all came down to what Kevin wanted out of me performance-wise. Some of the difficulties would be, what are essentially the different, distinct mannerisms of the individual characters themselves. I tried doing some research on [Hydro] and not very much came up other than, ‘He only appears in a few issues of the comic.’ 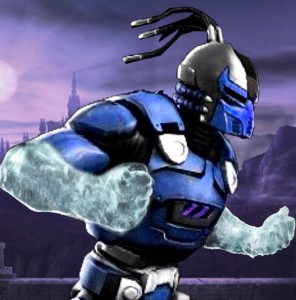 Hydro has always been a subject of fan art, and has proved to be a popular character even though he’s never been been a part of an offical Mortal Kombat game!

It’s amazing the fact that they let Kevin Tanch direct the web series himself, as Mortal Kombat Legacy was originally just a fan flick made as a pitch to Warner Bros Entertainment. However now they’ve included a fan-favorite that has never appeared in anything as large as this before, and the series is even supported by the father of Mortal Kombat himself, Ed Boon. Mortal Kombat has always been famous for making characters based on odd events, such as glitches (Skarlet), fake rumours (Ermac) and even just making girl versions of popular characters (Sheeva and Frost), so a fan-made interpretation of an unofficial character from a comic book isn’t a huge stretch! It’s things like this that keeps the Mortal Kombat fan base so strong and dedicated, I doubt theres any franchise out there that is delivers this much fan service!

Hydro will make his full debut online appearance alongside Sektor and Cyrax this sunday on Machinima’s Youtube Chanel in Mortal Kombat Legacy: Episode 9!