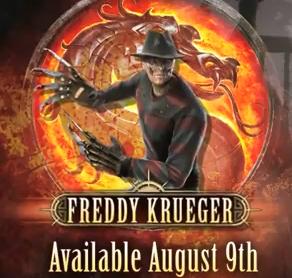 No, your eyes are not deceiving you. After many rumors and months of speculation, the mystery Kombatant for Mortal Kombat has now been revealed as Freddy Krueger, who is of course known for the many Nightmare on Elm Street flicks. I honestly am still a bit shocked as we were expecting something big from Netherrealm at Comic-Con this year and this addition certainly fits that bill, yet still feels appropriate for Mortal Kombat’s over the top universe.

Along with the announcement came a shiny new gameplay trailer, showing the horror movie icon tearing it up with his claws before trapping Scorpion in a furnace with his fatality, and yes, it is as awesome as it sounds. Check out the trailer below for yourself (courtesy IGN), and let us know what you think about Freddy joining the Mortal Kombat roster in the comments below. Freddy Krueger makes his debut as DLC on August 9th on the PSN and Xbox 360.