Everspace 2 is a space sim RPG hybrid with an emphasis on loot and exploration.  Developers Rockfish Games was able to cover the initial development costs with their own funds, while returning to Kickstarter to raise money for extra features in October 2019.

I was able to get some hands-on time with a recent game prototype. The build was supposed to be shown off at various gaming events this year, but those plans have been scrapped due to COVID-19. The prototype build gave me a small taste of the final game. I was able to get some combat time in with three ships, maintain my ship, experience a few basic missions, and explore a small section of a solar system.

There were a few missions that gave a quick peek at the game’s writing style. The writing wasn’t too serious as much of the conversation was tongue in cheek.  The humour has its hit and misses, so it will be interesting to see how the humour holds up when expanded into a full game.

Everspace 2 has moved away from its rogue-like roots and is strictly a space sim RPG. Death is no longer a permanent end to a run, rather players can reload at the last checkpoint. The RPG elements are focused on player and ship progression. Players gain experience as they kill enemies and get stat boosts when they level up. The space sim loot table is tweaked with equipment rarity and modifiers. Combined with a generous variety of weapon types, players can create ships to fill whichever niche a player wants. Besides the normal set of weapons, ships also carry a variety of consumables for buffs and heals, much like a traditional RPG.

Exploration is a major part of Everspace 2. Even though the prototype only contained a few planets and a few space stations, there were lots of asteroids and derelict areas to explore and find loot. Points of interests are clearly marked on the HUD, though densely populated areas can clutter the screen. Travelling around is easy due to a large number of transportation options. Players have boosters for short bursts, cruise engines for mid-range travel, jump engines for planet to planet travel, and warp gates for travelling between systems. The game does a good job of allowing players to spot points of interest while they are using high speed travel using a combination of HUD notifications and icons.

Combat in Everspace 2 is fast paced and frantic. The enemy ships in the demo were mobile and could be challenging to hit at times. The game does have some aim assistance in the form of lead markers to help land shots.

I tested the game using a mouse and keyboard. The controls are somewhere between simple arcade controls and hardcore simulation. The game plays very well, though some players may be initially overwhelmed with the number of keys dedicated to movement. In practice, most of the game can be played with the standard four movement keys and a mouse as the remaining keys will usually only offer faster maneuverability in tight situations or combat.

The visuals are already very impressive. The vastness of space contrasts well with the brighter human creations. The ship design is eye catching and practical. The UX is well designed and is easy to navigate.

The audio experience is very good so far. There are plenty of laser fire, gun fire, explosions, and engine noise to create a wonderful wall of sound during combat. The soundtrack is in standard sci-fi electronic music style. While the soundtrack would be at home in any space sim right now, the songs are enjoyable. I hope there will be more when the game finally releases in full.

Based on this small slice of Everspace 2, there is plenty of reason to be excited for the game’s upcoming Steam Early Access release, which is expected to launch sometime in the second half of 2020. The game has the right mix of exploration, loot grind, and combat to keep old fans happy and bring in new ones. 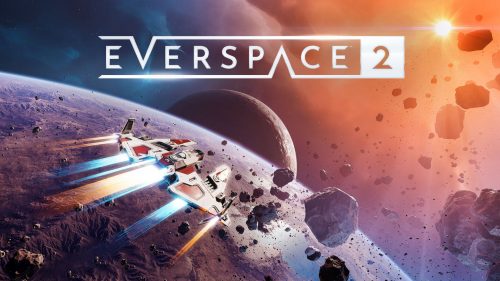 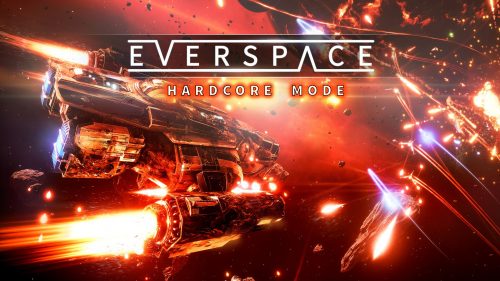