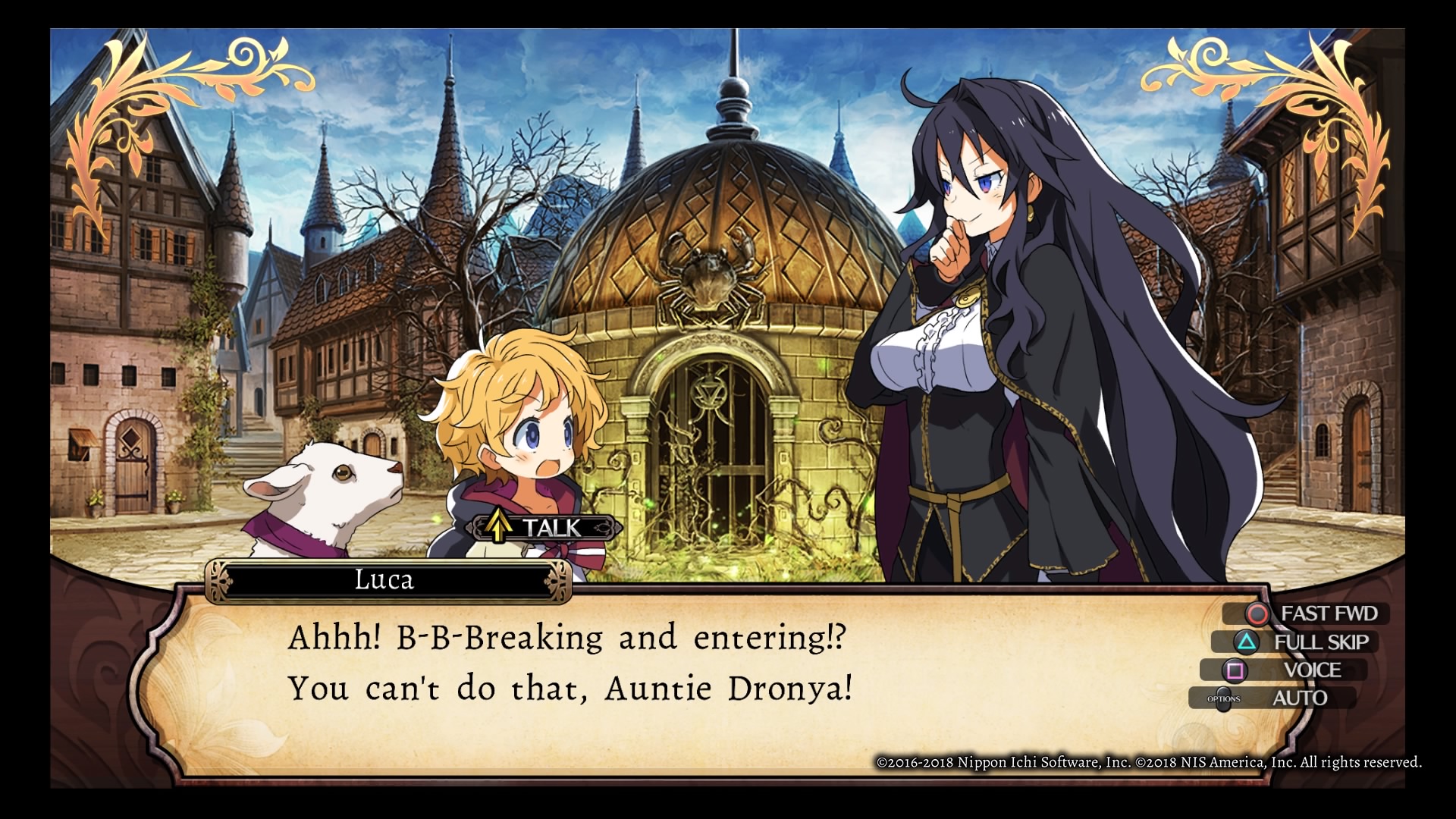 NIS America has recently released some new details for the three characters that will take central focus in their upcoming RPG Labyrinth of Refrain: Coven of Dusk. This includes the black haired witch called the Dusk Witch Dronya who serves the Haltz Kingdom as a royal court witch, and is called the Dusk Witch due to her brilliant red-and-blue eyes. She has come to Refrain for the sole purpose of exploring the labyrinth beneath the town, though her true motive for doing so remains a mystery.

The other main character is Luca, Dronya’s young apprentice and traveling companion. She is a young child that can be easily moved to tears and laughter and despite her young age, Luca can perform a variety of household tasks, such as cooking, cleaning, shopping, and doing laundry. She also personally handcrafts each puppet soldier that Dronya sends down into the labyrinth.

Finally we have a legendary cursed book that will contain the player’s soul. Simply called Tractie by Luca, but otherwise known as the Tractatus de Monstrum, the book will lead Dronya’s puppet soldiers into the labyrinth to uncover the secrets within.

Labyrinth of Refrain: Coven of Dusk is currently set to be released on the PlayStation 4, Nintendo Switch, and PC sometime this fall.