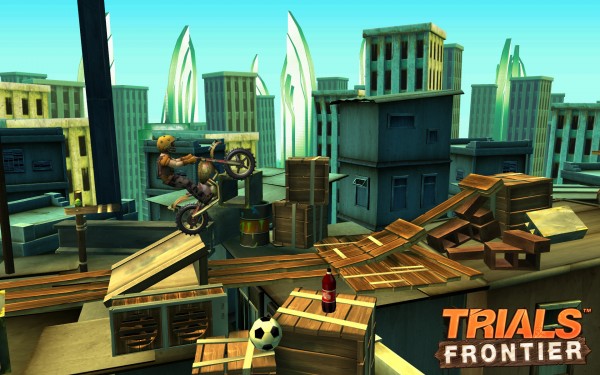 The latest game in the Trials series will be riding onto iOS devices on April 10th, 2014. Trials Frontier will feature a post-apocalyptic world that has scattered into small towns. Players will perform wild motocross stunts in these towns as they learn more about the characters and the world around them. Using the rewards from completed levels, old bikes can be upgraded and new ones purchased using collectable blueprints.

Ubisoft‘s Trials Frontier will be free to play on iPad, iPhone, and iPod Touch on April 10th. The game will provide special bonuses for those who play Trials Fusion on console and PC. Learn more about Trials Frontier at the official Trials site.