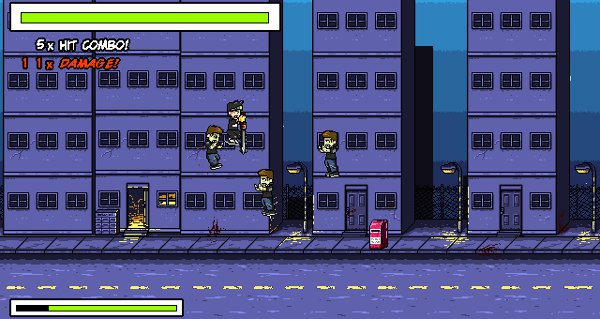 The time of side-scrolling 2D may be long past its golden years, but fans of the style still look back fondly on the hits that made it so popular. Side-scrolling beat ’em ups were particularly popular and there have been plenty of new games that go back to the style, such as the Scott Pilgrim game and even a level of Saints Row IV. 2 Hit Studio is looking to capture the same spirit of these old school side scrolling beat ’em ups with their upcoming Fatal Theory, and we were glad to look at an alpha build to see how it plays.

The first thing to notice about Fatal Theory is that the game does stay true to the 8-bit style graphics of years past, but is still willing to use hand drawn pictures when applicable as well. The story is told through storyboard style with drawn images showing off a much more detailed version of the characters that the 8-bit style sprite characters. This may be for simplicity, but the effect remains none the less of tingling the nostalgia gland pining for these kinds of games. 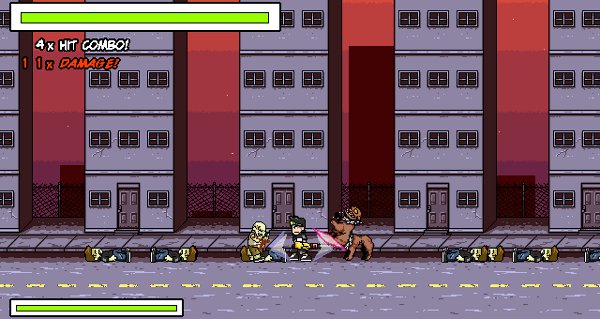 Fatal Theory‘s story starts out pretty basic a kid is playing video games when zombies come invading their town, who hasn’t been there. Obviously the only thing to do is pick up a bat and start bashing away to combat the evil horde and the gameplay is able to the old standards. As the story goes on, main character Nick is able to gain more equipment, going from just a bat to a chainsaw sword and an electric whip to name a few.

But, what allows the game’s combat to hold up so well isn’t just the diversity of the weapons that can be used, but the fact that EXP can be gained to unlock more abilities and special moves with the weapons. The main weapon has a devastating spin attack, but the electric whip when leveled up can throw lightning down the street catching all those in the way. These additions help to give a better depth to the gameplay, keep using a weapon to unlock better attacks or go back and grind past levels to get even more. 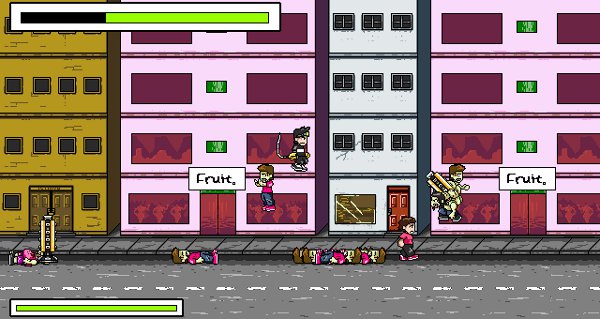 Besides the weapons EXP, Fatal Theory does a good job to add in a bit more RPG style elements by purchasing upgrades for Nick himself, though in the alpha build it could take quite a bit of grinding as I was only able to buy a few of the first upgrades, whether this will remain in the final release or be tweaked a bit remains to be seen. There are also allies to choose from, though they were not a big help, but weren’t an inconvenience either. Simply present.

The story from what was available in the alpha is by no means ground shaking. There are some nice interesting elements, but as the game is primarily focused on the combat gameplay this is no strike against them. Interesting turns do come up as Nick goes across the city fighting the undead menace and feels like a nice bonus to the quality gameplay. 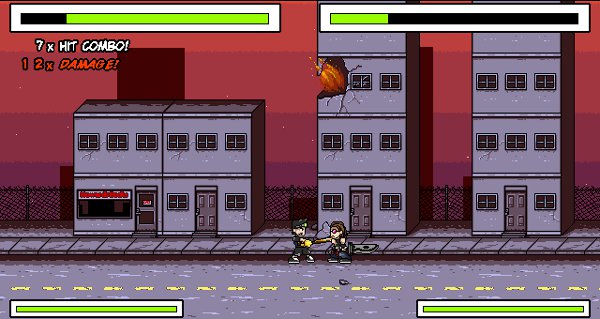 Fatal Theory does also do a great job with additional modes outside the story. 2 Player Versus and Arcade are fantastic additions, both in letting friends join in the fray against each other and letting players experience the fully upgraded weapons outside the story. Those looking to get a feel of the different weapons would be smart in trying them out here to find exactly which ones they prefer. 2 Player  Versus is also fast paced as players face off matching the fighting games it feels so much like.

While only in alpha, Fatal Theory shows some very promising aspects, certainly there are a few places where some tweaks would be very beneficial, but even as an alpha it’s a very fun game. As the combat and gameplay goes, this is incredibly fun and the fact that it is still a work in progress shows that when it is finally completed it should be one hell of a good time. 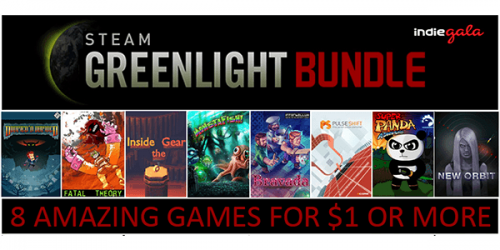