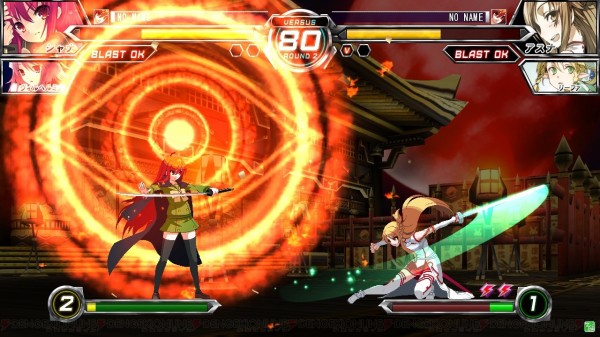 It has been revealed that Sega is going to be working on a new fighting game that many anime fans will likely want to pay close attention to. The game is called Degenki Bunko Fighting Climax and it will feature characters from popular light novels published by Dengeki Bunko and some Sega characters.

The game is something of a 20th anniversary celebration for the publishing company and at the moment only two characters and supports have been announced, with Sword Art Online’s Asuna partnering with Leafa as she faces off against Shakugan no Shana’s Shana who is partnered with Wilhelmina. Currently no platform or release information has been announced but more details are set to be revealed on October 6th. Localization chances would be very slim for a game like this, but with titles like Aquapazza heading West, there is always a chance.