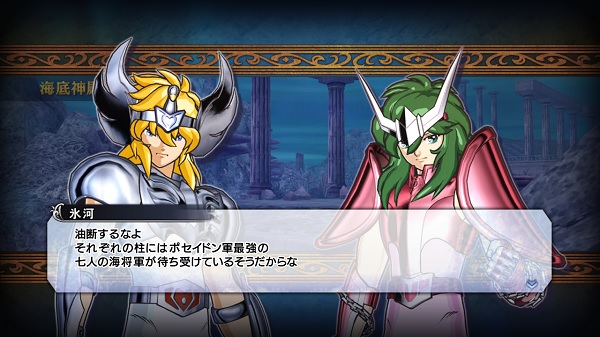 Today a new trailer for Saint Seiya: Brave Soldiers was released by Namco Bandai and this trailer focuses on the Poseidon arc of the manga series and you can check it out below. For those who don’t know, this game will be the first one in Saint Seiya history to feature the Sanctuary, Poseidon and Hades arcs of the story.

As for the game itself, players will have over fifty different characters to play as and customize, an online component to battle against others and more. Currently the title is set to be released as a digital download for the PlayStation 3 in North America on November 26th.