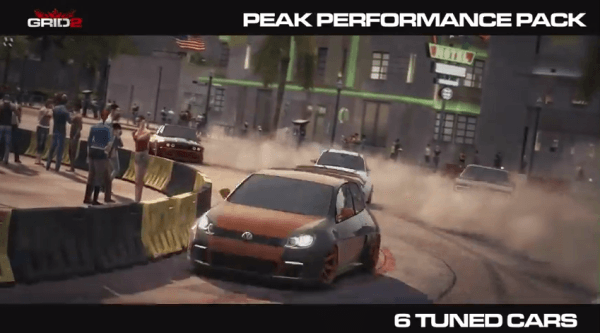 GRID 2, the high-speed racing game from Codemasters, announced the launch of their newest DLC, the “Peak Performance Pack,” today. The new downloadable content is available on Xbox 360 for 400 Microsoft Points and for PlayStation 3 and PC for  £3.19 / $4.99 / €3.99.

To coincide with the new DLC, Codemasters has also released a new trailer showcasing the new cars. Be sure to check it out in the video player below this article. You can also check out their official Grid 2 website here.