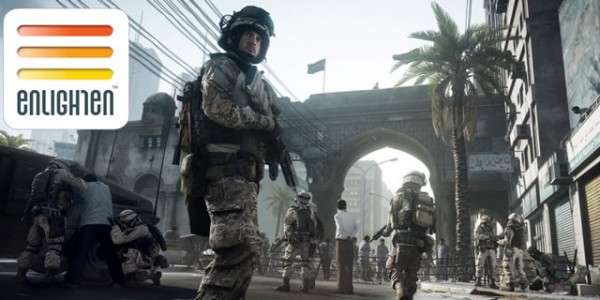 A tech demo video has been released for the next-gen video-game lighting engine known as Enlighten Engine. The Enlighten Engine was created by a company called Geomerics and is already being used in the production of next-generation video-game titles such as Battlefield 4, Star Wars Battlefront and even Dragon Age: Inquisition.

You can check out the impressive video below to get a glimpse at what to expect from the Enlighten Engine in next-generation video-games for consoles like Xbox One and PlayStation 4. The Enlighten Engine is designed with the intention of crafting the most realistic and dynamic lighting effects possible. It is without a doubt the closest we have come to photo-realistic lighting in video-games. See for yourself in the video below.