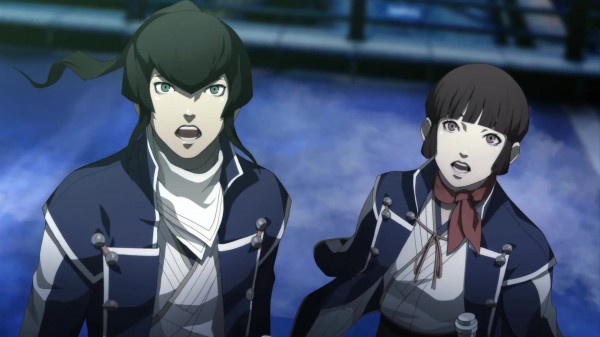 Today Atlus announced that they are planning on bringing Shin Megami Tensei IV over to North America this Summer. The game focuses on the “Samurai” which are the protectors of the Eastern Kingdom of Mikado. Players play as a fresh Samurai who must work with various factions and prevent Mikado from being overrun by demons.

The game features all new demons, dungeons and story arcs that have branching plot lines, StreetPass functions, various decisions that can have “lasting repercussions” and plenty of voiced dialogue. Shin Megami Tensei IV will be sold at $49.99 when it is released sometime this Summer exclusively for the Nintendo 3DS. To go along with this announcement, the company also released the below batch of images featuring in-game screenshots, artwork and a glimpse at the anime cut-scenes in the game.