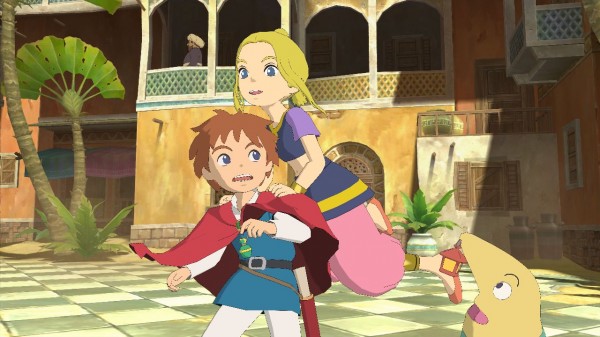 With Tokyo Game Show kicking off, Namco Bandai has chosen to release a few new screenshots for Ni no Kuni: Wrath of the White Witch, one of which features some English text as it shows off the game’s battle system.

For those who don’t know, Ni no Kuni was developed by Level 5, a company known for a number of impressive titles as well as Studio Ghibli, which is known for their impressive anime movies such as Spirited Away. Currently Ni no Kuni: Wrath of the White Witch is set to hit stores in North America on January 22nd next year exclusively on the PlayStation 3.

Ni no kuni “Ninostarter” extended through the weekend