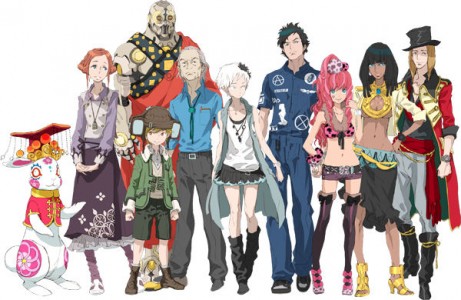 First it was “Later This Year”. Then came Fall. Now we know. Today Aksys revealed that Zero Escape: Virtue’s Last Reward would be hitting the PS Vita and 3DS in October. Yes, October ___ isn’t the release date we all craved, but if E3 brings anything out of a publisher, it’s almost always a solid date.

For those unfamiliar, Zero Escape: Virtue’s Last Reward is the follow-up to 999 for the Nintendo DS, which featured nine characters trying to escape a mysterious serial killer before meeting their doom. This title of course features a similar premise, but has a brand new cast and platform(s), expanding the growing series even more. Once an exact date drops, we will be sure to enlighten you, but for now, you can plan to celebrate Halloween with a suspenseful yet satisfying sequel from Aksys.