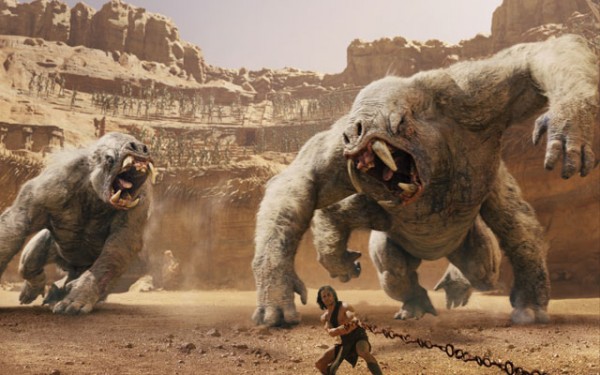 We have 3 copies on Blu-Ray to give away for the awesome Disney’s sci-fi hit John Carter.

From Academy Award®–winning filmmaker Andrew Stanton comes John Carter—a sweeping action-adventure set on the mysterious and exotic planet of Barsoom (Mars), based on a classic novel by Edgar Rice Burroughs. The film tells the story of war-weary, former military captain John Carter (Taylor Kitsch), who is inexplicably transported to Mars where he becomes reluctantly embroiled in a conflict of epic proportions amongst the inhabitants of the planet, including Tars Tarkas (Willem Dafoe) and the captivating Princess Dejah Thoris (Lynn Collins).

John Carter, to be released on DVD and Blu-ray on July 4. Lucky winners chosen will receive the copies a little after the release date.

All you have to do to win is to simply leave a comment below on why you want to win this fantastic movie.

Competition is open WORLDWIDE. When you enter please leave a VALID email address and also mention what part of the world you are from.