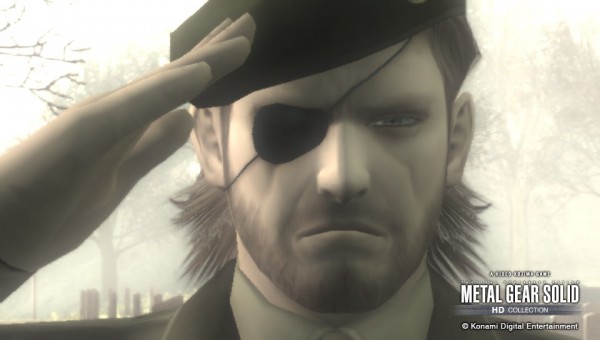 Well, I suppose it wasn’t a very stealthy mission considering we’re reporting on it and Konami announced it themselves, but the Metal Gear Solid HD Collection has been released onto the PlayStation Vita today both in stores and through the PlayStation Network. The Vita version of the title will retain the same remastered graphics as well as a number of features optimized for the PlayStation Vita’s unique capabilities.

Now it is worth noting that this HD Collection only contains the Metal Gear Solid 2: Sons of Liberty and Metal Gear Solid 3: Snake Eater titles, unlike the full console version which also contained Metal Gear Solid: Peacewalker. Either way, you can expect our review of the title to appear within the next few days because we just happened to catch these two sneaking onto the Vita a few days ago and have already begun our interrogation.