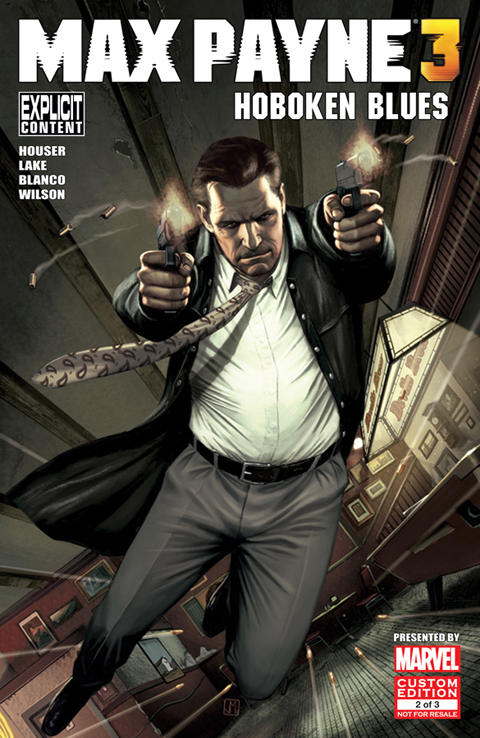 Out Now is the comic in a three part series produced by Marvel and Rockstar about the game Max Payne 3. The first part of the title was released previously and should still be available to download at this site. This is the second issue of said comic.

This issue of the comic ties in with the fourth chapter of the Max Payne 3 video game and explores Max’s psyche as it leads up to his confrontation with Tony DeMarco. It also details a lot about Max’s past, such as his career and family, and events in Max Payne 2.

This looks like something that Max Payne fans everywhere should be checking out and enjoying.