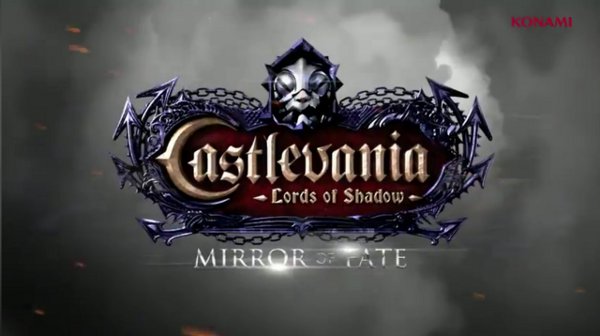 Castlevania has had some big success lately with Lords of Shadow and the upcoming Lords of Shadow 2, but to better intervene the two titles Konami announced at E3 2012 that the Nintendo 3DS would be getting the exclusive title Castlevania: Lords of Shadow – Mirror of Fate this fall.  The conference has a live hands-on demo, but at least those at home can check out the trailer for it down below.

Mirror of Fate takes place 25 years after the first Lords of Shadow and features Trevor Belmont seeking to avenge his mother’s death, who was killed by her husband, his father.  But even more than just Trevor, the game will feature other characters with different abilities and skills across multiple time periods as the story unfolds.  Multiple characters is an interesting direction to take the series with this title, so we’ll see if it helps or hinders Castlevania’s storytelling and exploration.

Castlevania: Lords of Shadow has 2 DLC coming early next year