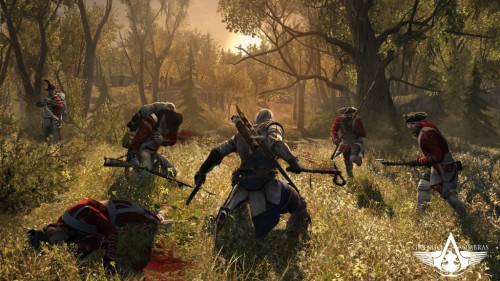 The ongoing lawsuit between author John Beiswenger and Ubisoft has been settled out of court.

Beiswenger was claiming parts of the Assassin’s Creed story was stolen from his book, Link, but now has settled with Ubisoft. The main claim of theft is that the ideas for the Animus device were first seen in his self-published book. This voluntary dismissal of the suit means it will no longer prevent a release delay of the up coming Assassin’s Creed III. However, it should be noted that things have been left open so Beiswenger can re-open the suit at a later date. Beiswenger claims he still believes that the original source material was still originally his.

His representative had the following to say:

“My client’s decision to exercise his right to voluntarily dismiss the action, without prejudice, in no way diminishes his stalwart conviction in the merit of his claims against Ubisoft. He is unwavering in his belief that many key components of the Assassin’s Creed video game franchise infringe on many key components of his novel, Link. We believe Ubisoft has engaged in egregious acts of copyright infringement and, should he choose to seek redress through the courts in the future, we remain confident that a trier of fact would agree.”
-Representative of John Beiswenger