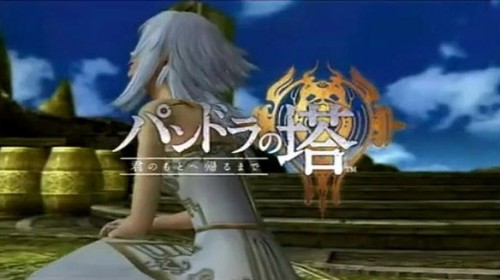 Now you have to hand it to these people, usually whenever a game is announced for release in Japan and then never is announced for a Western release, people simply sigh, grumble and move on with their gaming lives. Not this group however. In an original and actually possibly effective campaign, fans have began what they are calling “Operation Rainfall” which seeks to have Nintendo localize three RPGs: Xenoblade, Pandora’s Tower and The Last Story.

These fans have done a number of different things, anywhere from spamming Nintendo’s social networking pages and emailing in requests for these three titles to be released, but even mailing in letters to the Nintendo of America HQ. Something that is usually done by some fans but never en masse like now. In a move that probably is going to bring the most motivation however, these fans have also set themselves to pre-order a title known as “Monado: Beginning of the World” from Amazon.com. Now in 2009 Nintendo announced this title and have since changed its name to Xenoblade.

The interesting thing here is that the game has been pre-ordered so much that it is actually in Amazon’s top selling list for video games. The listing itself however has not been updated in two years, so these fans are currently pre-ordering the game in the faith that their intent to buy the title will show Nintendo that they will be receiving plenty of purchases if they do happen to localize Xenoblade. Nintendo has noticed some of their enthusiasm and has tweeted out the minor, but encouraging “Hey fans, we appreciate your enthusiasm. Look for more updates to come soon!”

99Bullets Gets a Date For the DSiWare….