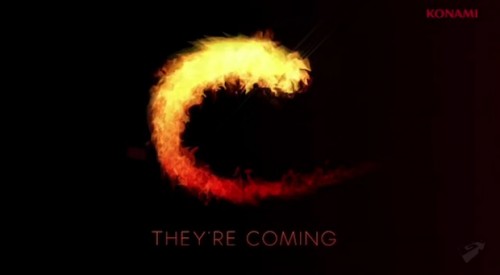 Konami’s pre-E3 event has shown us many things so far but this is perhaps the most vague of them all. Konami has revealed that they are working on a new Contra title but they have given absolutely zero information about it. The only information that was shown was a firey C with the words “They’re Coming” underneath of it.

When they are coming, what they are coming to and how they are coming were not revealed and I’m sure that we will learn more about the title when E3 officially kicks off next week. Or more like we will hear more information about it whenever Konami feels like sharing with the rest of the world. But for now, watch out for flaming Cs.