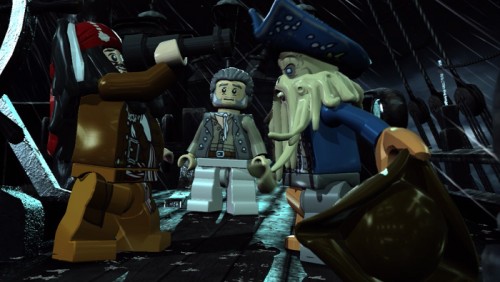 Despite many sources already listing a release date for May 10th Disney Interactive has decided to make it official a week before release. Lego Pirates of the Carribbean: The Video Game is indeed coming out next Tuesday on May 10th across practically every platform used today and you can now gain access to the demo free on the Xbox Live. The demo itself lets players play through one of the early levels of the game, Port Royal where each of the movies seems to start from usually.

The whole game will feature over seventy characters from the popular films, including Jack Sparrow of course, all redone with Lego face lifts. The title will apparently also contain some content from the next film in the series, On Stranger Tides, but there has not bee much information given out regarding that feature as of yet. Either way we have yet another Lego game from the widely popular franchise that stretches from children to adults.