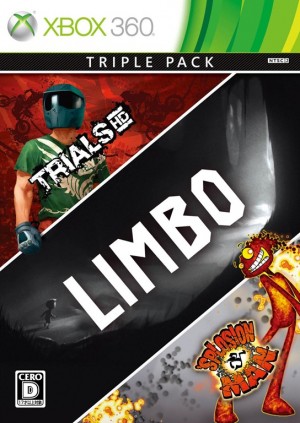 Microsoft’s new XBLA compilation ‘Triple Pack’ bundle will feature three award winning Xbox Live Arcade games Trials HD, ‘Splosion Man and Limbo. For those who missed out on playing them the first time around, ‘Triple Pack’ brings these three award winning Xbox Live Arcade games together on one standalone retail disc. “We understand that there are still many gamers who only purchase games through traditional retailers. Thanks to our partners at Microsoft, all Xbox 360 owners now have a chance to check out the Trials experience, along with two other great games” so said Tero Virtala, CEO of RedLynx the developers of Trials HD, which has sold more than 1.3 million units since its release in 2009.

Microsoft’s ‘Triple Pack‘ bundle is set to be released in North America on April 19, Europe on May 13 and Japan on May 19, for a suggested retail price of $29.99 USD.