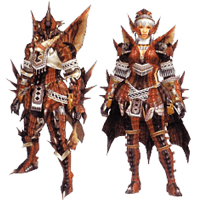 A few weeks ago it was announced in Japan that a Monster Hunter skin for Lost Planet 2 would be included as one of the game’s many ways to customise your characters. A PlayStation 3 exclusive and originally only planned for the Japanese release, we are pleased to confirm that the Rathalos Armour will now also be available to western gamers as a free download. This PlayStation 3 exclusive is scheduled to go live on PSN in late May.

Lost Planet 2 for the PlayStation 3 and Xbox 360 will release across Europe and North America on May 11th.