Microsoft are Celebrating their 1 million Xbox 360 sold in Australia and New Zealand,  and in doing so have organized this fantastic Charity Auction called Konsoles for Kids.

Check out some of the fantastic Celebrity signed Xbox 360 consoles available to be won simply by placing a bid.  The HALO Console below looks EPIC !! I WANT IT !!

Click on the image below to be take over to the Microsoft site and check out the rest of Xbox 360’s available.

Make a bid for a great cause !! 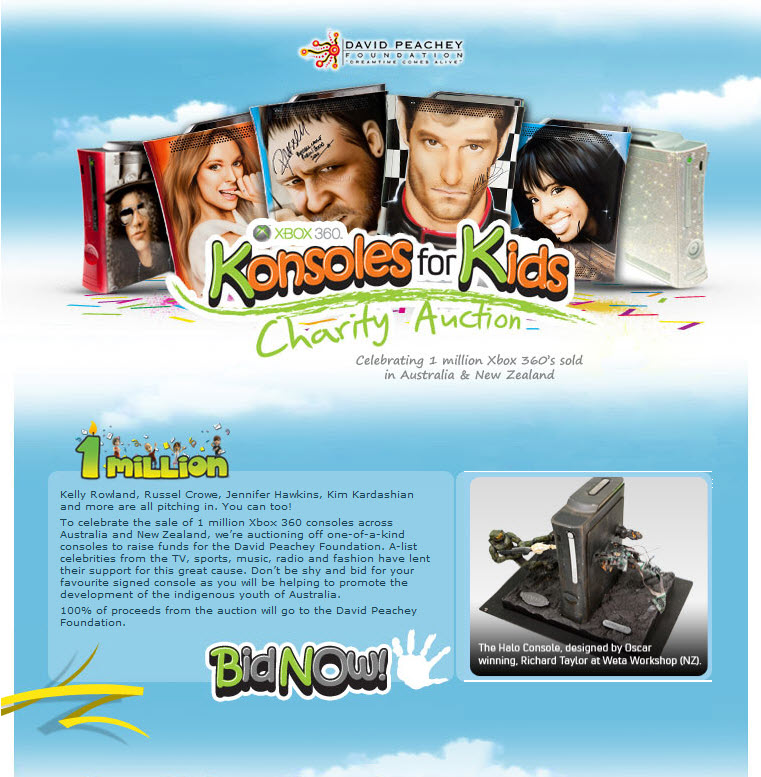 PopCap’s Charity Auction wraps up with a Zombie Clown…