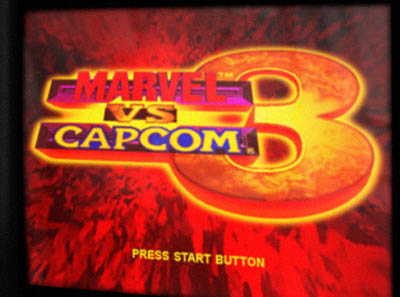 More information on Capcom and it’s releases.  This time we have Capcom vs Marvel 3.

After a Decade, the Most Iconic Characters in Entertainment Return To Face Off In One of the Most Popular Game Franchises of All Time

It’s been a decade since Marvel™ vs. Capcom® 2: New Age of Heroes was first released and now the most popular Marvel and Capcom characters join forces again in a re-envisioned team fighting game for a new generation. Fill the shoes of legendary characters from the most beloved franchises in entertainment as you battle in the first VS. Fighting game powered by Capcom’s MT Framework.

“We are so pleased to be working with Marvel again. Marvel vs. Capcom 3 has been one of the most requested titles for us to produce by our fans,” said Christian Svensson, Corporate Officer and Vice President of Strategic Planning and Business Development at Capcom. “Our Capcom development studio is creating the most epic fighting game ever developed and Marvel’s input into that process has been invaluable.”

Check out this really cool GIF that runs through some of the screenshots from the game.

How to Get a Job in the Video Game Industry