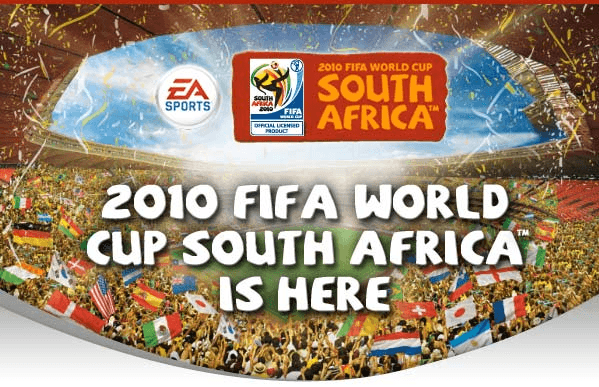 EA SPORTS wants to celebrate the biggest soccer festival on the planet with the only official videogame for the 2010 FIFA World Cup South Africa™.

For the first time ever in a videogame compete in a full and authentic online World Cup tournament.

Carry the hopes and dreams of your nation into battle against fans from rival countries, from the group stage through the knockout rounds to the chance to be crowned 2010 FIFA World Cup South Africa™ champion.