Last night Ubisoft held their annual Ubinights event in Sydney, and a few of us here at Capsule Computers went along for the party. Held at the swanky Ivy venue in the heart of the city, the rooms were packed out with displays for all of Ubisoft’s major up and coming titles, as well as a few already released.

The DJ had to compete with a room full of dancing games, and there was a nice little corner with a huge stack of Zoo magazines, how thoughtful! Playing any of the games got you a primary school style gold star from the Ubi reps, with four or more giving you the chance to win a copy of every game on show – congrats to the lucky winner. 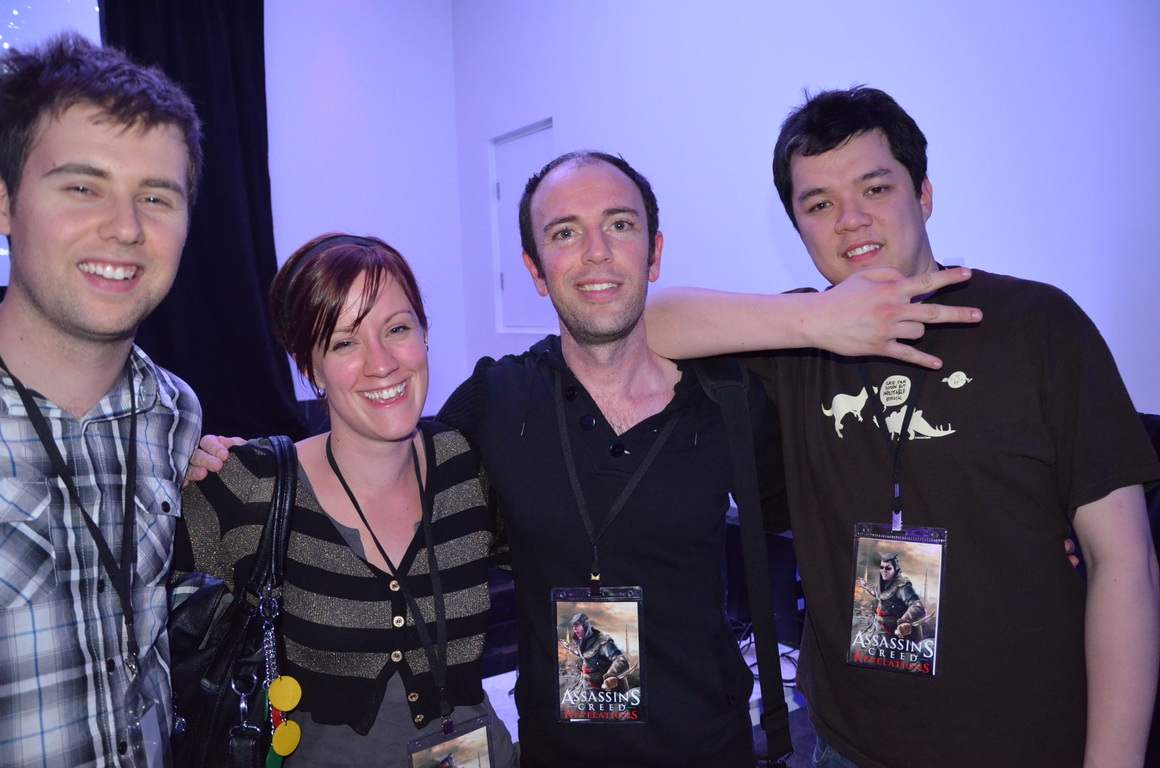 Some of the CC crew in attendance – Jared Hilliers, Claire Phillips, MasterAbbot and Michael Marr.

Free food and drink were in plentiful supply, and on a personal note I have to thank whoever invited Ben & Jerry’s to sponsor this – free chocolate fudge brownie, mmmm…..

As for the games on show there was a big emphasis on Kinect/Wii titles, which accounted for 6 out of the 11 playable games. The sufficiently confident/well fuelled attendees could throw some questionable shapes with ABBA: You Can Dance, the Black Eyed Peas Experience and Just Dance 3 , whilst PowerUp Heroes provided a bit of kung fu action. We did have a couple of dancing queens amongst us, I’ll let you figure out who… 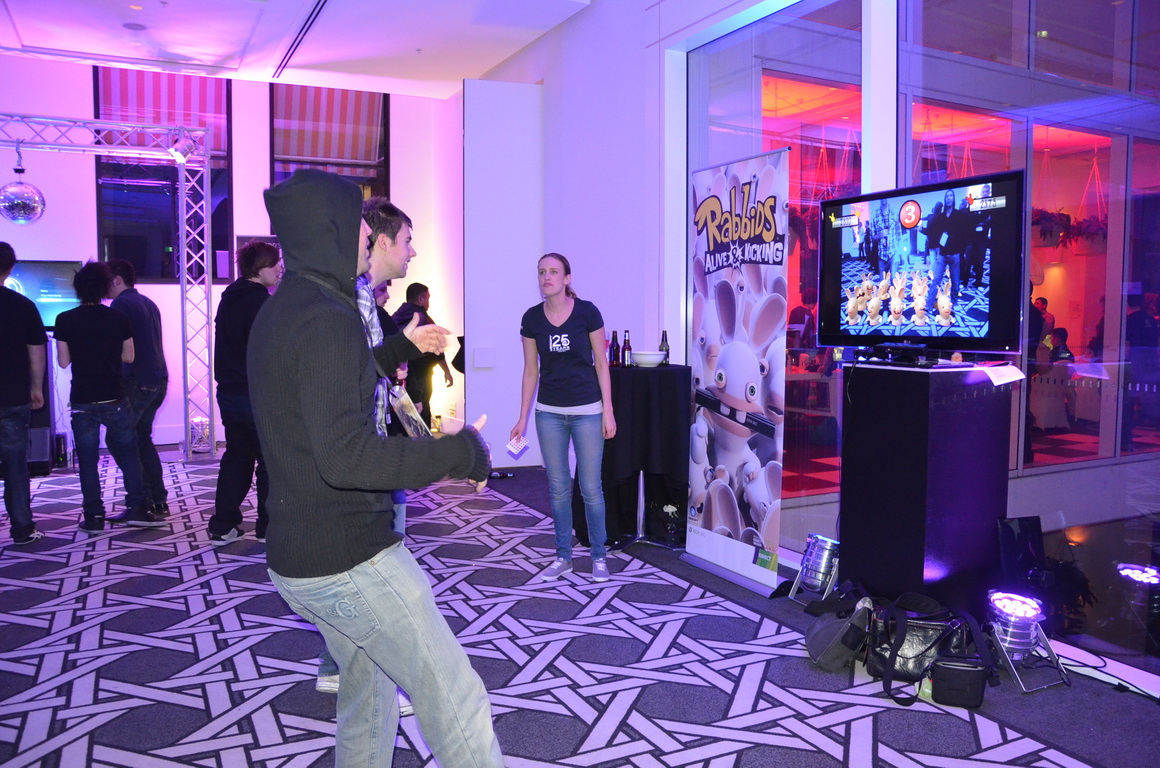 Raving Rabbids Alive & Kicking had one fairly tame mini game on offer, a whack a mole style game that had two players attempting to out stomp each other in an area packed full of interfering people. Another break from all the dancing came in the shape of Motion Sports Adrenaline, which was showing off a wingsuiting game.

The action for the controller based crowd was also dominated by multiplayer, and racing fans were well catered for with Driver San Francisco and Trackmania 2 Canyon – the only games present already released, make sure and check out the reviews! 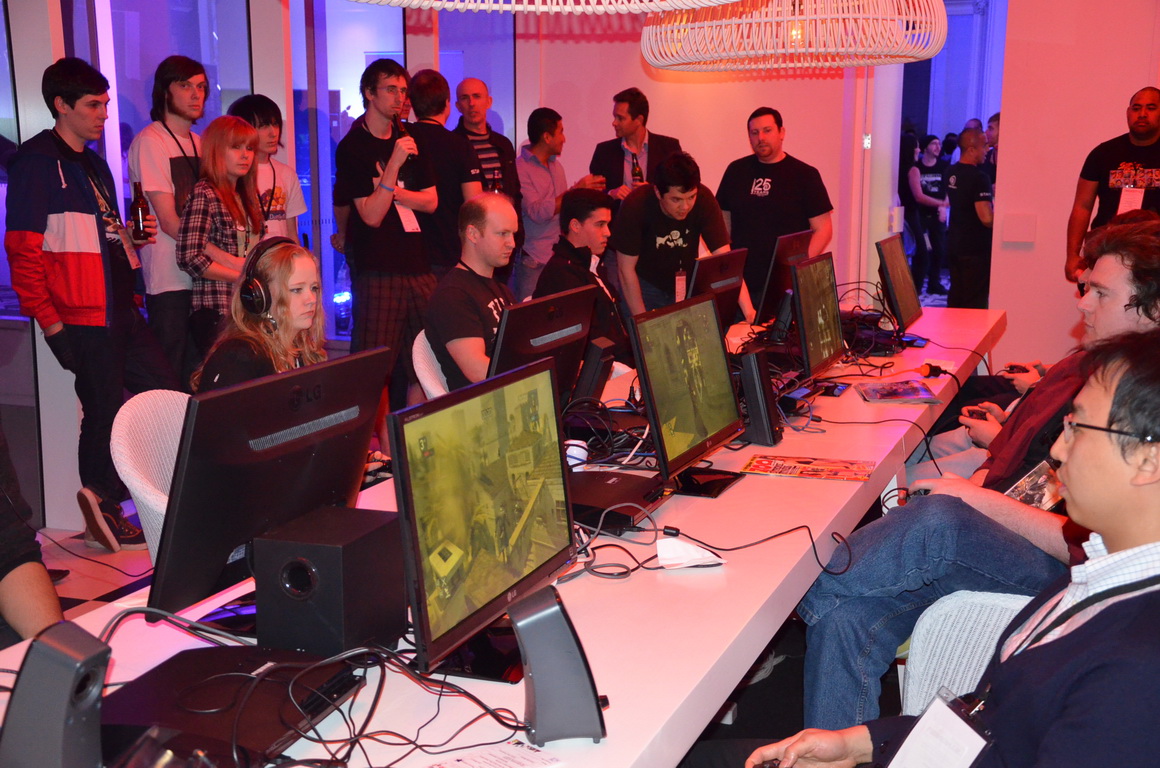 Assassin’s Creed Revelations was a multiplayer only affair. Come on Ubisoft! We’ve had enough of that, where’s the actual game? Despite the disappointing lack of Ezio action the set up made for a fun chance to see your opponent’s reactions to a last minute knifing – it was all going so well until the last thirty seconds!

The Adventures of Tintin : The Secret of the Unicorn offered up some co-op platforming action, but Rayman Origins stole the crown with some surprisingly challenging gameplay. Fans of the original will be pleased to hear that Origins is a bit of a nostalgia fest, with one of the levels on offer a near on copy of the first game’s opening level. The green skinned bad guys, photo booth checkpoint and pistol polishing pirate all make a welcome return. The other levels weren’t lacking in originality, with some truly bizarre landscapes in the mix. 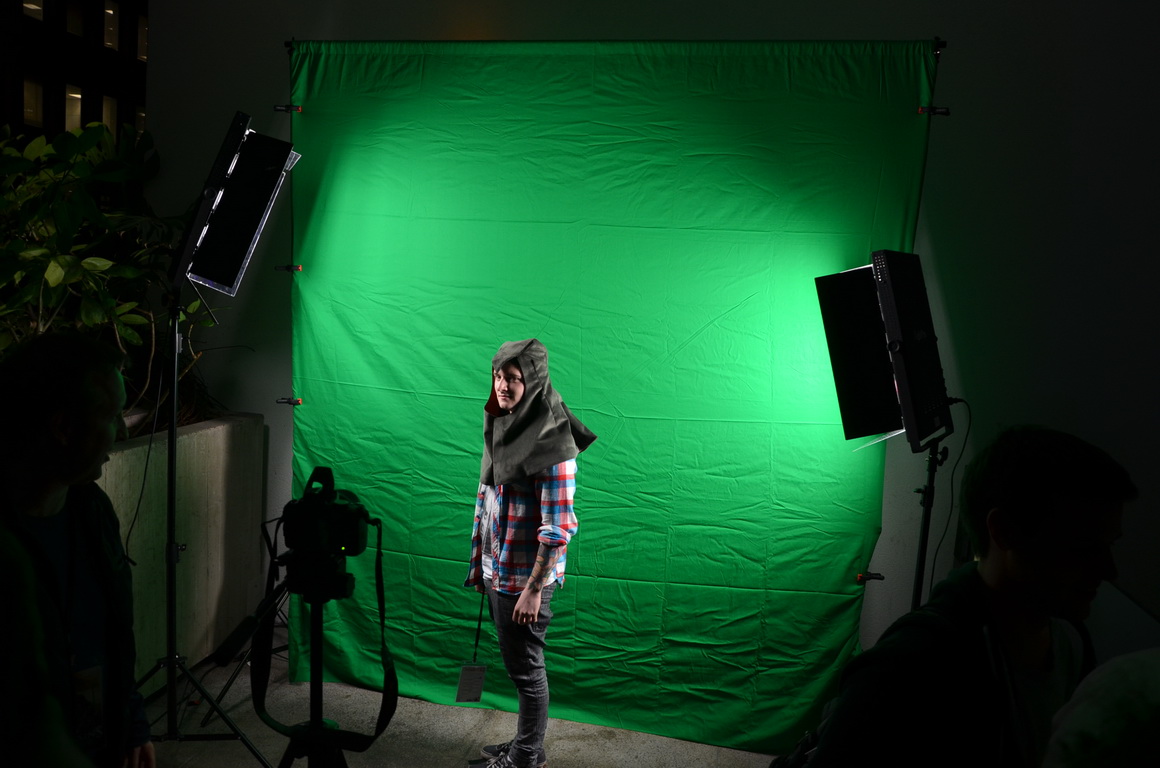 As an added  treat, there was also the oppurtunity to get your mug greenscreened onto Ezio’s body and have the moment immortalized with a free photo – these will not be making an appearance on the internet, but you can catch a glimpse of a couple in the top photo!

Thanks to Ubisoft for a great night, and also to the Ivy staff for putting up with all us gamers! Don’t forget to check out the gallery below for an inside look at the event, and let us know what you thought if you were there.