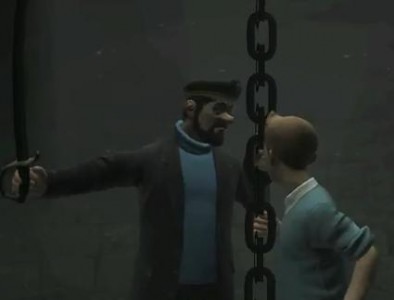 During E3, Ubisoft introduced us to The Adventures of Tintin: Secret of the Unicorn, which will be released right alongside the upcoming cinema production. I honestly didn’t pay much attention to the game right off hand, but the more we are seeing from TinTin and the large variety of gameplay mechanics within, the more I am feeling like Ubisoft might be setting out to shatter the Movie-tie in curse that has plagued gamers for years.

A new trailer was shown at Gamescom, showing TinTin explore a vivid and colorful world with a classic and cheerful atmosphere. The abilities this young protagonist possesses are also impressive, as the player will be able to wall jump, use stealth, and also play as several different characters as they platform throughout the game’s many stages. Check out the new trailer below, and let us know what you think about The Adventures of Tintin: Secret of the Unicorn in the comments below.