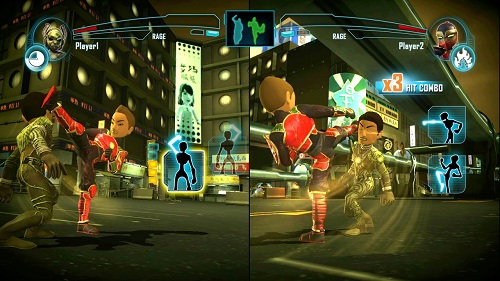 Today for Gamescom Ubisoft has released a new trailer for PowerUp Heroes, their newest Kinect fighting title. When the Earth is under threat of destruction yet again, who can answer the call when all other heroes are out on vacation? Well, your avatar of course. The trailer which you can catch below shows off plenty of gameplay, which makes the title look quite impressive.

The game seems to feature a power acquisition mechanic similar to Mega Man, where you will obtain the powers of your enemy after defeating them. In a press release from Ubisoft they also revealed that PowerUp Heroes will be bundled with a comic book that will reveal the “secret origins of the main character, Volta.” PowerUp Heroes will be released exclusively to those who own a Kinect and an Xbox 360 on October 18th.