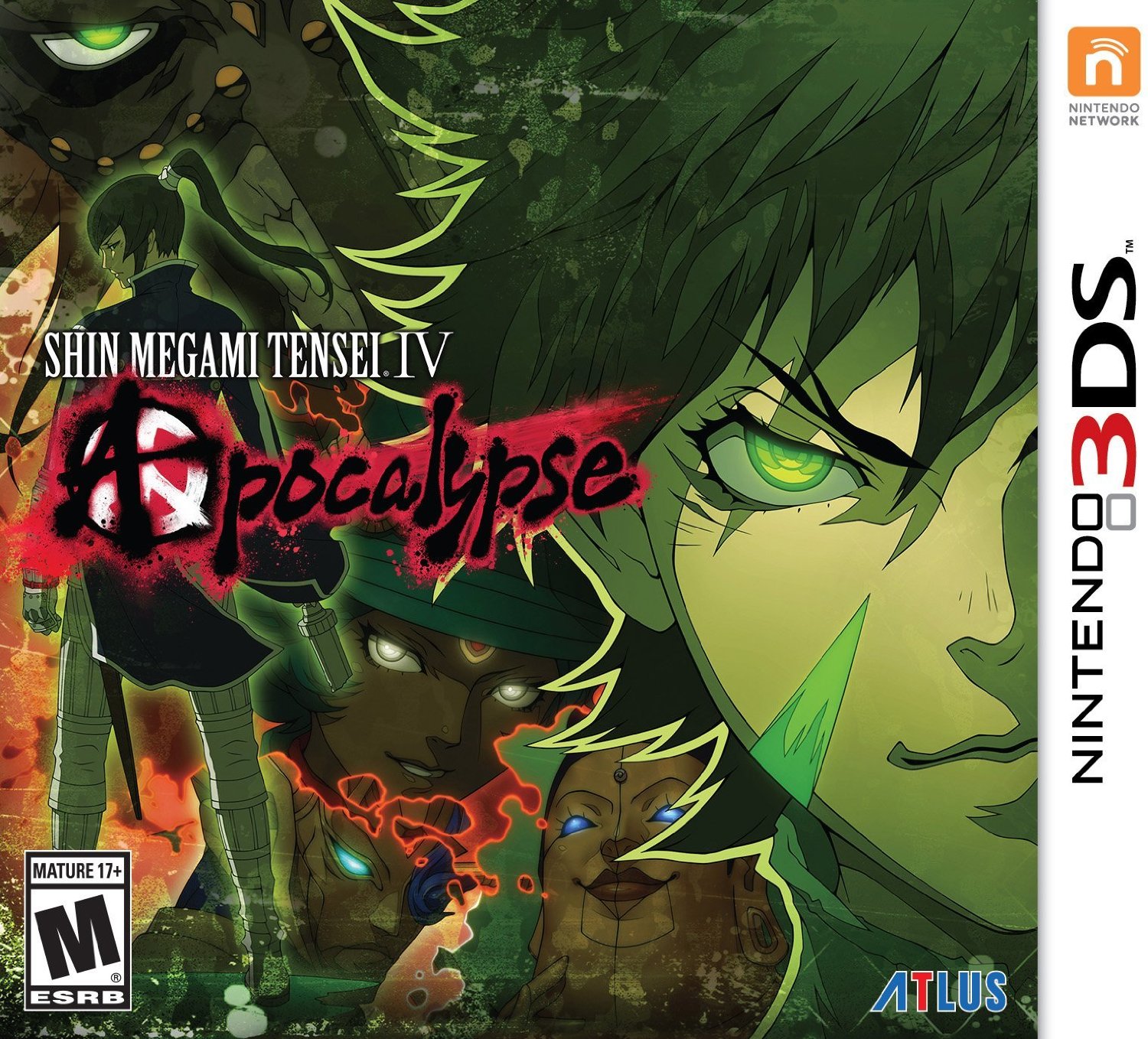 For three years now fans have been able to enjoy a tale focusing on Flynn as he struggled against armies of law and chaos before ultimately choosing the fate of the world. Now Atlus USA has released Shin Megami Tensei IV: Apocalypse, something that isn’t quite a sequel but something more akin to an expansion storyline following the neutral path of the original game.  With the original title already being seen as an excellent experience, does Shin Megami Tensei IV: Apocalypse manage to live up to the original’s reputation?

As mentioned above, it is worth noting that this story does take place during the neutral events of Shin Megami Tensei IV, a fair way down that path in fact, but this doesn’t mean that potential players can’t simply start with this game. New players might end up feeling a little lost to start with but will find themselves settling in nicely with how the story handles the telling of events from the perspective of the new protagonist, Nanashi. 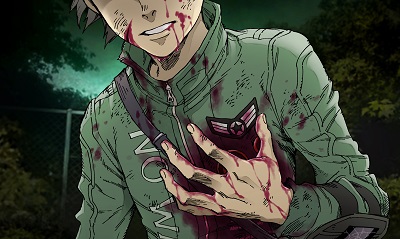 Nanashi is a rookie in the Hunter Association who works alongside his childhood friend Asahi. Neither of them have much experience or are capable of summoning demons to help in combat, so they are given mostly mundane tasks such as gathering food while the more skilled hunters are supporting Flynn in an effort to help retake the city for humanity. Problem is, when war is taking place between humans, demons, and angels there is really no safe place for a greenhorn to learn the ropes. On a routine mission Nanashi’s mentors are slain by a powerful demon in Lucifer’s ranks and Nanashi also falls to the creature.

Death isn’t the end for Nanashi however, as he is visited by the mysterious god Dagda and restored to life. His resurrection comes with a cost however as Nanashi is forced to become Dagda’s puppet on the mortal realm but with this exchange comes the ability to summon demons like a full-fledged hunter. Similar to past games players will see the various factions and routes clash against one another with players able to make various choices along the way that will sway them down a certain route. 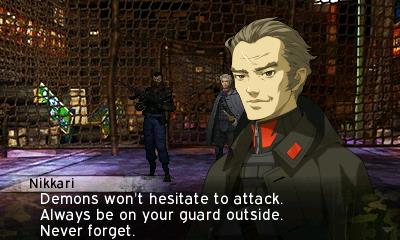 One thing that is a bit different this time around is that the neutral path is far easier to obtain compared to the last game, which was rather difficult to stick to. Another factor comes into play with regards to the various side characters in the title since, as I will mention later, partner characters will regularly stay as main roles and change throughout the story alongside Nanashi, helping flesh out the story a bit more and help add extra emphasis to the various choices that players make as they head towards an ending of their choice.

In many ways those who have played Shin Megami Tensei IV will be familiar with nearly everything that Apocalypse will throw at you only this time around a few elements have been refined to be better than they previously were. The title once again works through turn based combat that is entered when the player encounters an enemy in the field and either runs into them or attacks to trigger the battle. The combat mechanics remain something that is simple to learn but can quickly become something you’ll need to master as difficult fights can unexpectedly take you down and the ability to save at any time becomes a blessing. 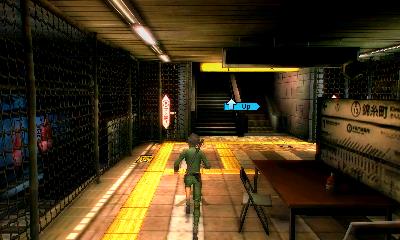 Playing intelligently against foes is one of the key elements in the series and it is always through the use of the demons that this intelligence comes into play. Similar to the previous title, players can talk with almost every demon they encounter and go through numerous steps in order to add them to the team. This generally begins with a question followed by various requests for things such as items, some HP/MP, money, or even the life of one of your demons. Players can give things over, refuse, or try to trick demons with nothing and if you happen to be successful they will generally join your group. Either that or they will leave combat, attack out of a mistaken answer which often ends your turn prematurely, or simply requires an extra talking session to complete.

Each demon has a different personality type but this doesn’t mean that their questions or required answers will be the same. In fact, sometimes a demon might remember talking with Nanashi and join immediately without any extra effort or provide you with an item if you already have one of their species with you. Various twists such as healing the team when they were discussing an attack, providing items, and more keep players on their toes with the talking sessions and even more so when it comes to the fusion aspect. 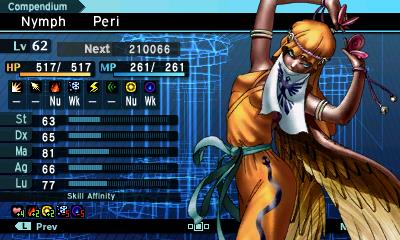 Fusion returns with a few modifications this time around though these differences mostly come into play with regards to the abilities that players will want to carry over from fused demons. While players will still be able to combine two or more demons to create a new demon or even perform a special fusion for a really strong demon, the skills are now going to play a larger role. Each demon now has various skill affinities allowing them to have various elemental buffs and weaknesses. For example, an angel might have +2 light and -2 dark, meaning using light skills will deal extra damage while dark attacks will be weaker when used by this creature. These affinities carry over into things such as basic strikes as well so a pure magic using creature might have -3 with physical attacks, lowering the damage of skills immensely in that category. This means players will want to keep a fairly wide array of demons around for use in combat, especially since they can be swapped out at the price of one turn, to better plan and strategize their attacks to take down difficult foes while also offering a wider degree of successful customization. 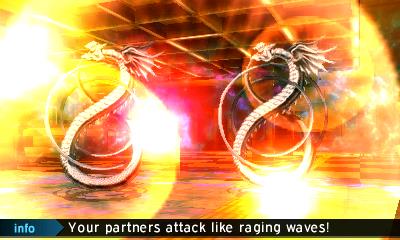 As mentioned earlier, the partner mechanic is heavily altered this time around. Not only can players swap their partner character from a number of partners they gain throughout the game, they also level up alongside the player and their demons and learn new skills that can be used in combat. The partner AI has also been improved to smartly read the situation in combat and target enemy weaknesses or completely avoid attacking if they can only do so with something the enemy might be resistant against. Another new mechanic with the partner system is a support gauge that fills any time they take an action. When filled not only will your chosen partner act, but all partners that are with you at the time take an action to disable the enemy’s turn and launch an all-out assault that can occasionally slay an entire party of weaker foes.

While the main character and a number of new designs are implemented in Shin Megami Tensei IV: Apocalypse, it is extremely evident that the title is pretty much more of the same from SMT IV. There are a number of new dungeons and various enemies to encounter as well as entirely new animated cut-scenes but for the most part a lot of the areas and demon designs are recycled from the earlier game which will give players a feeling of déjà vu. Now, these designs are still quite memorable and heavily detailed so inherently there is nothing wrong there but be prepared for some repetition. 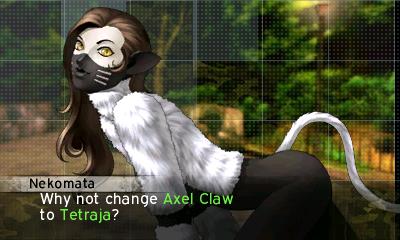 The soundtrack for the title is outstanding in regards to providing a great atmosphere for combat and exploring the various dungeons and dark streets of Tokyo. The voice work in the game is also handled very well with the English cast pulling off their characters’ personalities very well.

Shin Megami Tensei IV: Apocalypse may feature many elements that may make it very similar to Shin Megami Tensei IV to the point of being almost too familiar, players will easily be able to tolerate these similarities thanks to the fact that the mechanics from the original have been expanded upon and made even better than before. Place this framework around a new interesting storyline with a fresh cast of characters that is simpler to navigate than before and you have yet another excellent entry that fans definitely will need to check out. 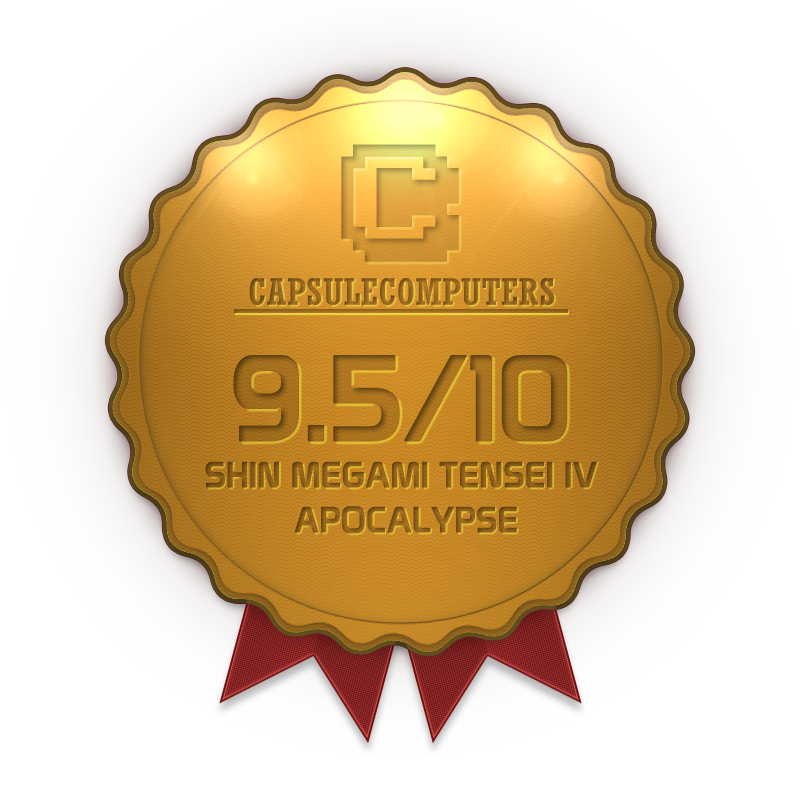 Shin Megami Tensei IV: Apocalypse tells a fresh story with new characters and while it may utilize a lot of what was laid out in SMT IV , it also fixes small issues while expanding upon these mechanics to deliver an excellent experience.
9.5