We first previewed Everspace 2 back in June of 2020. Since then, Rockfish Games has had a bit of a rocky start with their Early Access build. They were forced to postpone the early access launch after Cyberpunk 2077’s delay caused the two launch dates to almost coincide. With Cyberpunk 2077 sucking up all the air in the room, Rockfish’s gamble is paying off as we all have the mental space to check out Everspace 2’s solid space sim/RPG hybrid gameplay.

While the prototype was extremely story light, the Everspace 2 early access build comes with a solid chunk of the campaign already. Some of the current content is a work in progress, as there are sections that appear to have temporary placeholders that seem out of place with the rest of the campaign. I enjoy what I see so far. While the story isn’t a huge departure from standard space sim-fare, the lore is developing nicely. I like the attempt to give the rough lifestyle in the DMZ some humanity. Life is tough, but not everyone is dedicated to a merciless survival of the fittest mindset. People are trying to balance their survival with community and relationship building. While the world is not packed with deep NPCs, the approach feels more relatable.

The core gameplay mechanics established in the prototype hasn’t changed much eight months later. Everspace 2 is a space sim/RPG hybrid with an emphasis on arcade-style shooter combat and RPG mechanics like experience bars, special abilities, and potion like consumables. Part of the hook is very much the loot treadmill. The entire experience is still incredibly satisfying and feels like an improvement over the first game’s rogue-like approach.

Combat feels great so far. While the game is on the arcade end of the spectrum, combat can still be punishing and difficult due to level differences, enemy swarm tactics, and players failing to use all available tools. The dog fights are pretty intense. Players are usually pitted against three or more enemies at once, and drones can quickly overwhelm players. Armour and shields are effective against blocking certain types of weapons, so players need to juggle between weapons to optimize their damage output. I like the mechanic as it adds an extra layer of challenge when engaging in frantic dogfights. There is a good mix of enemy types and attack strategies so far. There are even a few enemies like the bomb throwers who use existing game mechanics in novel ways that really shine.

The mission design is good so far. Most of the missions follow the RPG standard format of go to this place and destroy or collect X. I like how many missions have a surprise cache of loot for observant players who are willing to put in a little extra work at the end. There is also a decent number of puzzles in the side areas. Most are straight forward, but there are a few smart ones that are quite devious.

The controls are solid. The game plays well using a mouse and keyboard or a controller. I did not get a chance to test the game using a HOTAS set up. I suspect preference on which control scheme will end up being a matter of which one a player is used to. I found the controller to be very good, but accessing special abilities and consumables was a touch too clumsy with the limited number of keys. I preferred a mouse and keyboard due to the more flexible key binds, but I can see how some players would prefer flying in a three-dimensional space with analog sticks.

The User experience is decent, but some work is still needed. The game is currently not 100% optimized for ultrawide monitors. While it is very playable, some small things like odd boxes popping up during hangar conversations and 21:9 cut scenes hurts the experience a little. On the other hand, the UI is incredibly clean. It is unobtrusive yet offers all the important information in an easily accessible manner. My only issue is the map takes a second or two to load in which feels awkward as switching between other menu sections is flawless.

The audio/visual experience is enjoyable so far. The visual style is a nice fusion of clean sci-fi style mixed with the grittier edges of the DMZ. The soundtrack and sound effects are solid. The voice acting is excellent for the most part, but I hope the narrator for the placeholder cutscenes will be replaced.

Everspace 2 will be in early access for the next 12-18 months right now with a much needed focus on churning out content. The game is shaping up to be an excellent space-sim for players looking for a more arcade-like experience or a new twist on the genre. It is fast paced and very intense. Rockfish Games has picked all the right mechanics from each genre and packed them all in an entertaining package. I suspect Everspace 2 has a bright future ahead. 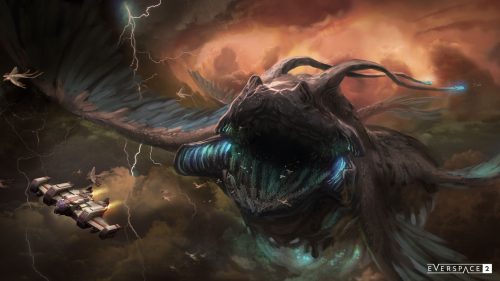 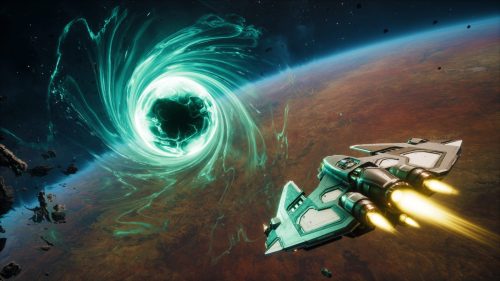