Boundary is an upcoming tactical FPS set in space. Players will suit up in EMU suits and arm themselves with near future firearms so they can duke it out in no to low gravity environments. The game will get its first public beta very soon and is set to launch on PC and PlayStation 4. We had a chance to chat with Boundary’s Technical Director and Surgical Scalpels co-founder Frank Mingbo-Li to talk about Boundary and video game development amidst COVID-19.

Boundary is Surgical Scalpels’ first game and is part of the first batch of games supported through Sony’s China Hero Project. Can you tell us a little about how Surgical Scalpels was formed and how Boundary came to be?

The studio Surgical Scalpels originated with three developers who wanted to create a unique FPS game from their own understanding. The three left their stable and comfortable jobs to set up their own studio. The reference to scalpel in our studio name means that we are going to eliminate or cut out all the encumbrances that are meaningless to game development. We want to be a pure and efficient team. In fact, the concept of Boundary existed even before the studio was founded. Although the early concept and even the name has changed several times, there’s no doubt that this space shooter will be our goal and represent what we set out to create.

Beyond the competitive FPS games that inspired Boundary, has the development team found inspiration from games in other genres?

The ideas from Boundary have been inspired from all kinds of different media from film and TV to comics and space exploration. Designers on the Boundary team incorporate their own ideas since we want the game to have its own unique look and the game needs to present a near future environment where technology and especially space exploration make it believable to the player. Weapons, for example, probably wouldn’t be out of place in other modern military shooters based on earth and merging that design aspect with a Sci-fi slant to it helps Boundary stand out.

FPS titles with zero or low gravity physics are not common. How do you decide what physics mechanics to use for realism purposes and which ones you dispense with to keep the game entertaining? Were there any realistic physics mechanics tested that turned out to be no fun?

Some of the design team actually come from physics based programming backgrounds so in a technical sense they’ve been able to apply their knowledge to the look and feel of zero gravity and how physics works in that environment. We want players to pick up the game quite quickly, by that we want to keep the learning curve to a level where the player can ease into the control mechanics quite quickly. We’ve had to take some artistic license with the world of Boundary, for example, using ballistic based weapons around space structures is rather extreme but we wanted to take the modern military shooter into a different environment, one complicated by the harsh extremes of space and where zero gravity affect the way players move and traverse that setting. Sound was obviously one aspect we had to address. There is no sound created in a vacuum, especially in space, but what fun is a shooter if you can’t hear the weapons? So the sounds of the guns you hear in the game is the sound transfer you hear through the suit.

The large EMU suits are critical for movement in Boundary. How do they affect the player’s hitbox? Do hits to the EMU count towards as player damage or do they have a separate health pool? When making this choice, what factored into the final decision?

Hits to EMU packs do count, since the Support class in the game has additional armor plates to soak up more damage. The EMU plays a vital role in its role as a propulsion system to move around – effectively the pack and astro-operator are one. I guess you could look at it in the same way as a pilot in a jet, the pilot and the plane become the combined target in a dogfight not separate entities. That’s how we approached Boundary, as a form of dogfight approach to space combat. Since EMUs are also equipped with external pylon based weapons, they are an integral part of the combat platform for the player.

Since the human occupation of space is currently limited to the International Space Station at the moment, what other locations and environments did Surgical Scalpels’ artists look at for inspiration?

This came from many places, we looked at NASA and CSA (Chinese Space Agency) designs for spacecraft and installations as well as what those technologies would look like in the future for Mars exploration. Additionally, films like Gravity, Star Wars, 2001 Space Odyssey, Event Horizon. We also looked at things like comics and video game art and how technologies were represented across those. Overall, you could take inspiration from anything as mundane as a water heater and transform it into something like an escape capsule on a space installation if your design team has the talent. Thankfully, we had no shortage of ideas of our own, but the inspirations came from lots of different places.

What are some of the challenges of designing good maps where players have six degrees of freedom in terms of movement?

Navigation is one aspect. The thing with Boundary is that the player can rotate his axis, what was up is now down and vice versa; this can really change how the fight plays out. This goes back to the learning curve we mentioned; it’ll take players a few plays to get used to that control system, and the fact that you can get shot through the sole of your boot from a player moving below you.

Maps in the game provide lanes, cover, choke-points and exposure. Like any good FPS map designer would create, we wanted levels that provided a variety of opportunity and hazard.

Can you provide some detail about Boundary’s progression system? Should we expect a traditional Call of Duty type progression system with new weapons and abilities being unlocked over time? Or will we see something more unique? What are your plans to balance the game between equally skilled players who can easily pour hundreds of hours into progression and those who can play a few hours a week?

Progression allows classes to augment a weapon and their abilities the more they use it, effectively its very similar to Call of Duty. We don’t intend to apply any kind of advantage on weapon progression. We’ll be looking at the game’s matchmaking in that sense – if you’re a player who has augmented a weapon from hours and hours then you’ll go up against similar skilled players.

What are your plans for server hosting? Will we see dedicated servers? Will players be able to rent or host their own servers? Are there any plans for mod support?

We don’t have any concrete plans on dedicated servers and mod support as of yet. We’ll be looking at the feedback we get from the community on that when we launch before we look at the broader opportunities on that since we’re only a small team. Players hosting their own servers or creating custom games hasn’t been confirmed but isn’t entirely impossible, and we’re looking at those aspects and how they can help support the game post launch further down the line.

Have you established any post-launch plans yet for content? Is paid DLC content in the works? If so, can you tell us about how you plan to prevent the player base from becoming split?

We have, and for lockdown, we’ve been looking at lots of different things in relation to DLC from players classes to new maps, weapons and customization options that the player can benefit from.

We don’t want to alienate the player base. If we release content on PC, that content ideally needs to be mirrored for PlayStation owners too since we want to be able to support cross platform compatibility. We’re always looking at the post map roadmap on DLC; we want to make sure that Boundary players are getting the necessary content and updates they would come to expect.

As a developer based in China, your team felt the effects of COVID-19, social distancing measures, and the transition to a new normal a few months earlier than developers in the West. Can you tell us some of the challenges Surgical Scalpels encountered during the height of the pandemic? Can you speak about some of the new challenges that have appeared as restrictions have eased? Do you have any advice for developers in the West who may soon be facing similar challenges as their local restrictions begin to ease?

Developers thrive when they can work together in the same space or environment. They can communicate instantly, bounce ideas around and resolve design and technical issues as a team. When COVID-19 hit, it was very close to our studio so we felt the effects in a big way as the government implemented very strict regulations on working. Remote working when creating a game presents lots of challenges and restrictions. Home based tech isn’t always the same as office based tech and resources so you’re already facing challenges you aren’t used to.

It took us a little while to adjust to that, lockdown is very limiting. Creatively, it can hinder you unless you find ways to work around it so I think the advice we could give is that while you should always hope for the best, you should also plan for the worst. I think more companies are better placed for remote working now that ever before in the history of the workplace since Covid-19 became an issue – you have to be able to switch to a plan B quickly, if you don’t have a plan B then now is the time to set that up. 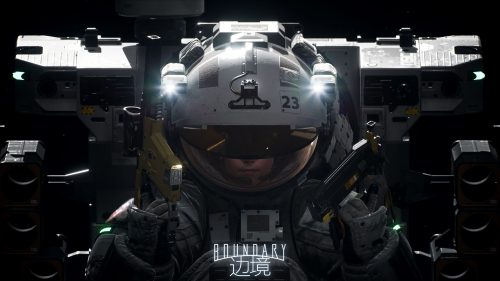