Boundary is a tactical FPS with light MOBA elements. The game set in no to low gravity settings with players in near future space suits wielding a variety of firearms inspired by modern weapons. Offering 5v5 and 3v3 modes, players can tackle traditional mainstays like Team Deathmatch and objective based modes like Facility Capture and Orbital Purge on eight maps. The game will offer a modular weapon update system, allowing players to equip a large number of stocks, barrels, sights, muzzles, and grips on their firearms to create their perfect combination. 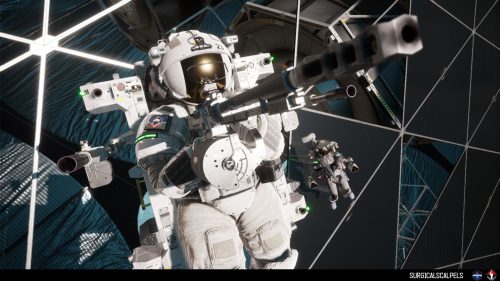