Hardspace: Shipbreaker puts players in the role of a novice shipbreaker who has joined the Lynx Corporation under contract and has now found themselves under a massive debt. To work themselves out of their debt slavery, players will need to break down dangerous ships into processable parts for credits.

The game is currently on Steam Early Access. The first act of the campaign and a free play mode are available. Three ship models can be broken down as of publishing. The game is mostly feature complete with future updates focusing on quality of life and content additions.

Hardspace: Shipbreaker offers players a unique gameplay experience. The danger in the game is not some creature mercilessly stalking the player or a trap laying in wait, it is the player’s own carelessness. Players use lasers to cut apart ships and grapple guns to haul parts into the appropriate bin for money to pay off their loans. If they fail to check where they cut, remember where hazardous equipment is located, or treat dangerous equipment without proper care; then they will get hurt or worse, destroy valuable materials. As players fulfill specific work orders on the ship, they are awarded points used for equipment upgrades that will make them faster, stronger, and tougher. A gentle time pressure of fifteen minutes per in-game day is applied, with bonuses assigned to players who can complete everything within the time limit.

The game uses Newtonian physics style controls. Players don’t move in a direction but rather push themselves in a direction and the force will carry them forward until they hit the brakes. This leads to interesting tricks like flinging oneself at high speeds using the reel on the grapple gun and using the brakes to stop at the intended destination. Combined with the six degrees of freedom, Hardspace: Shipbreaker can be incredibly disorienting and a little frustrating initially for players used to gravity. It takes a few hours to get used to the idea that there is no such thing as up and down in general. Once that learning hump is crossed, the lack of gravity adds a layer of complexity as it stops being a hinderance and becomes one of the tools in the belt to break down ships quickly.

The actual controls are not too much of a departure from traditional first-person games, allowing players to focus more on learning the physics instead of wrestling with a ton of new keys. The biggest problem is the initial version of the game released with no bind editor. Players are simply issued with a one size fits all layout that seems oddly appropriate for the in-game corporate overlords. The developers have announced an editor for both controllers and mouse/keyboard combos will be available in the next build. Considering this is a game launched exclusively for PC, it’s a bit confusing why the developers thought this was an appropriate omission right out of the gate. The other main issue is the function of the F button, which currently severs the function of grabbing items to use and pushing items away with the grapple gun. Considering the already floaty nature of the game’s Newtonian-like physics, accidentally shoving away a data disk when the player attempts to float by and pick up is an unnecessary annoyance. The two functions need to be split up to different keys or one of the functions needs to be paired with a less disruptive function.

The difficulty in Hardspace: Shipbreaker is a bit rough right now. The tutorial is basic and is missing a lot of tips and hints that would make the initial learning process easier. While several guide writers on Steam have filled in the gaps, I hope the developers do a little expansion of their own before the release of the game. Because there are only three ships right now, the jump in difficulty between ship classes is severe. The tutorial ship and the light Mackerel ship is very similar, but the gap between the Mackerel and the Gecko is enormous. The game does offer a freeplay mode for players to experiment with breaking ships, but the features are very basic with only unlimited resources. Something that would allow players to “reset” parts of the ship or the whole ship while in game would be a lot more helpful.

The audio/visual experience is solid so far. The visual style is very industrial. The ship designs are angular and practical, looking more like they were manufactured to be as cheap and durable as possible without the fancy bells and whistles. The sound effects are well done. The spatial effects are excellent and even become a game mechanic for avoiding environmental dangers with the correct in-game upgrades. The voice acting is a mix of human and computer-generated voices. While the computer-generated voices can be a little odd for a game, I will give the developers a little leeway as it does fit in with the space setting. The soundtrack is excellent so far with classic space electronica mixed with relaxing Americana. It evokes a feeling of blue-collar work in space.

There are a few improvements that I would like to see in future versions. The hard fifteen-minute time limit isn’t for everyone. I found myself pining for more time during the first few attempts on new ships. Getting the balance right might be a little tricky, but I think offering players a slider to set their own day length and adjusting the stats for the leaderboard accordingly would be the fairest solution. The last improvement may be a long shot, but Hardspace: Shipbreaker has all the hallmarks of a great co-op game. The emphasis on efficient action and the absolute chaos the physics and hazard systems are capable of creating would be perfect for two to four players.

Hardspace: Shipbreaker is already an excellent game with a bright future ahead of it as more content is added. The constant swing between zen-like labour and tense pressure creates an addictive gameplay loop. Although the game gives players some milestones, it’s the unspoken milestones that evoke the most joy in the game, like looking at the very first fully gutted ship. In its current state, the game is already worth a purchase. 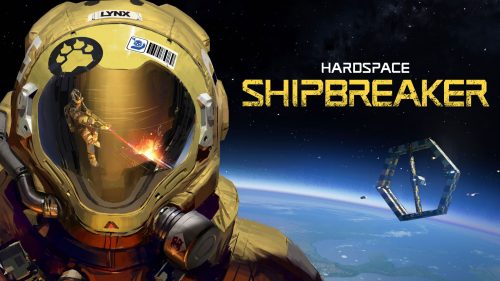 Learn the Consequences of Carelessness in the New Hardspace: Shipbreaker Trailer 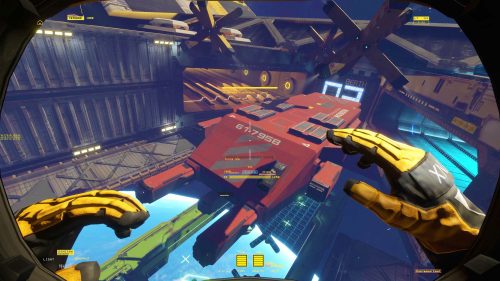