Capcom has announced that they will be having a neat looking collaboration between Monster Hunter World: Iceborne and Resident Evil 2 that will bring Leon and Claire into the world of Monster Hunter with what appears to be Mr. X taking on the role of the Handler. No exact details were given as to what players may be able to obtain during this collaboration but the company did state that it will begin sometime in November.

Also revealed today were the winning designs of the weapon contest as well as the Palico costume with the “Black Eagle” Charge Blade and “Wiggler Set a+” being chosen as the winners. You can check out the collaboration video and both chosen winners below.

Get your own Umbrella Corporation Recruitment Badge! 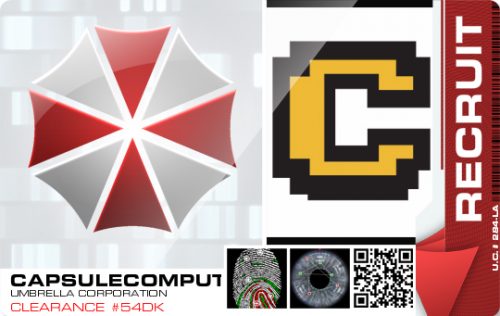