NIS America has announced that they are planning on releasing developer Nigoro’s La-Mulana 1 & 2 in early 2020 for the PlayStation 4, Nintendo Switch, and surprisingly the Xbox One. If this version of the game is released, it will be the first actual release for the Xbox One from NIS America since previously planned games have been dropped.

This two puzzle game collection offers La-Mulana 1 where players will control archaeologist Lemeza Kosugi and navigate through puzzles, traps, and deadly Guardians in order to claim the Secret Treasure of Life. Players will need need sharp wits, quick reflexes, and most importantly, all the courage they can muster.

La-Mulana 2 follows the story where renowned archaeologist Lemeza Kosugi has gone missing, and only his daughter Lumisa can find him! Enter Eg-Lana, an upside-down version of the legendary ruins of La-Mulana. Think fast, act fast, and whip hard in order to overcome dangerous traps and elaborate puzzles in your quest to uncover unfathomable secrets. 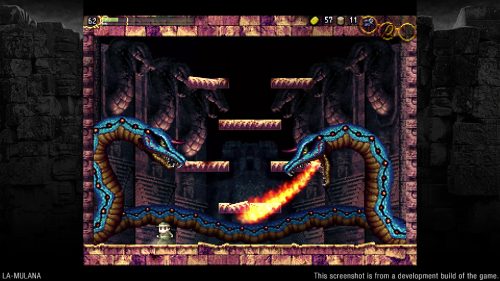