Skybound went on to say that “We did our best to work with Starbreeze and resolve many issues that we saw with the game, but ultimately Overkill’s The Walking Dead did not meet our standards, nor is it the quality that we were promised. We are exceedingly sorry to our fans and share their disappointment in the game. We remain dedicated to providing our fans with the most premium quality content we can offer, and will continue to look for alternative video game options for the IP.”

Following this announcement the developer, Starbreeze Studios, has stated that it will likely be removing the game from PC due to issues with Skybound and that they will try to find a solution to finish the game’s “Season 2” that was meant to be released in the future. Mikael Nermark, acting CEO Starbreeze, has apologized saying that they “are deeply sorry for the issues this may cause anyone who has bought the game looking forward to the resolution of Season 2 and are working urgently to attempt to resolve the issue. Please keep an eye on the official OTWD channels for further news.”

Each episode of Telltale’s The Walking Dead to cost $5

The Walking Dead: A New Frontier to be a Two-Episode Premiere 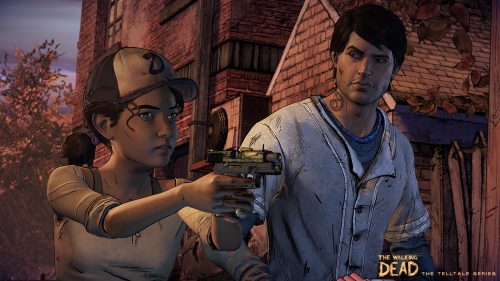