The long running World of Warcraft easily took home the prize for the biggest announcement at BlizzCon 2017 (Sorry for anyone hoping for Diablo II HD). Since World of Warcraft: Legion is winding down with the release of the new Argus zone and the Antorus raid, it was only a matter of time until the next expansion pack was announced. World of Warcraft: Battle for Azeroth will mark a new phase in the troubled relationship between the Alliance and the Horde. While Legion introduced a more tenuous relationship between the two, the new expansion is supposed to be a throwback to the days when the Alliance and Horde were engaged in all out war.

Battle of Azeroth will send both the Horde and Alliance into new territories to bolster their ranks. The Alliance will venture into Kul Tiras, the birthplace of Jaina Proudmoore, and the Horde will travel to Zandalar. Once players earn the loyalty of the locals, the new Allied Races will be unlocked for the account. The Alliance will be able to roll new characters or reroll their current character as a Lightforged Dranei, Void Elf, or Dark Iron Dwarf. The Horde will have access to the Nightborne, the Highmountain Tauren, and the Zandalari Troll. Anyone who starts a fresh character as one of the Allied Races will get a special set of Heritage Armor for their character.

Two new modes are being introduced to the game. The Islands are small, randomized instances designed for two teams of three players who race to clear the island and take home the resources for their faction. Teams can be composed of a player controlled team and an AI team or two player controlled teams. The new Warfront mode is a 20 players co-operative instance that is a nod to World of Warcraft’s RTS roots. The mode is like a PVE Alterac Valley where players band together to collect resources to build an army and lay siege to an enemy outpost. Once the walls are broken, players will rush to the keep and defeat the commander for the win.

The social system is getting a major revamp with the new game. Since the introduction of Cross-Realm Zones, the game’s social scene has been in a bit of flux. Now, PVP realms are getting completely eliminated. Instead, players can opt to join a PVP zone while they are in town. The idea is to allow groups of friends to roll on the same server while still providing world PVP to players who want to participate. Additionally, a new community system is being introduced that allows players from multiple realms to socialize.

Of course, the biggest announcement wasn’t even the latest expansion pack, it was the announcement of the long awaited vanilla servers. The history of the vanilla servers has been an interesting one indeed. Modern World of Warcraft has gone through massive mechanic changes in the past 13 years to keep the game relevant. Many players have missed the tight knit communities and the more challenging gameplay of the original game, leading to private servers like Nostralius, Elysium, and Light’s Hope. The prospect of an official vanilla server looked grim when talks between Blizzard and Nostralius broke down last year, resulting in Nostralius releasing their source code to the world. Blizzard has finally confirmed that vanilla servers are coming under the World of Warcraft Classic name. Details are thin at the moment, but at least the long awaited project is coming (eventually).

World of Warcraft: The Battle for Azeroth Out This Summer(US)/Winter (AU), Pre-orders Live 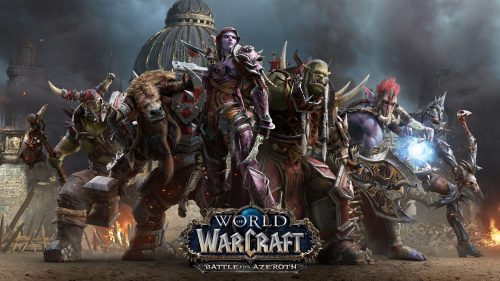