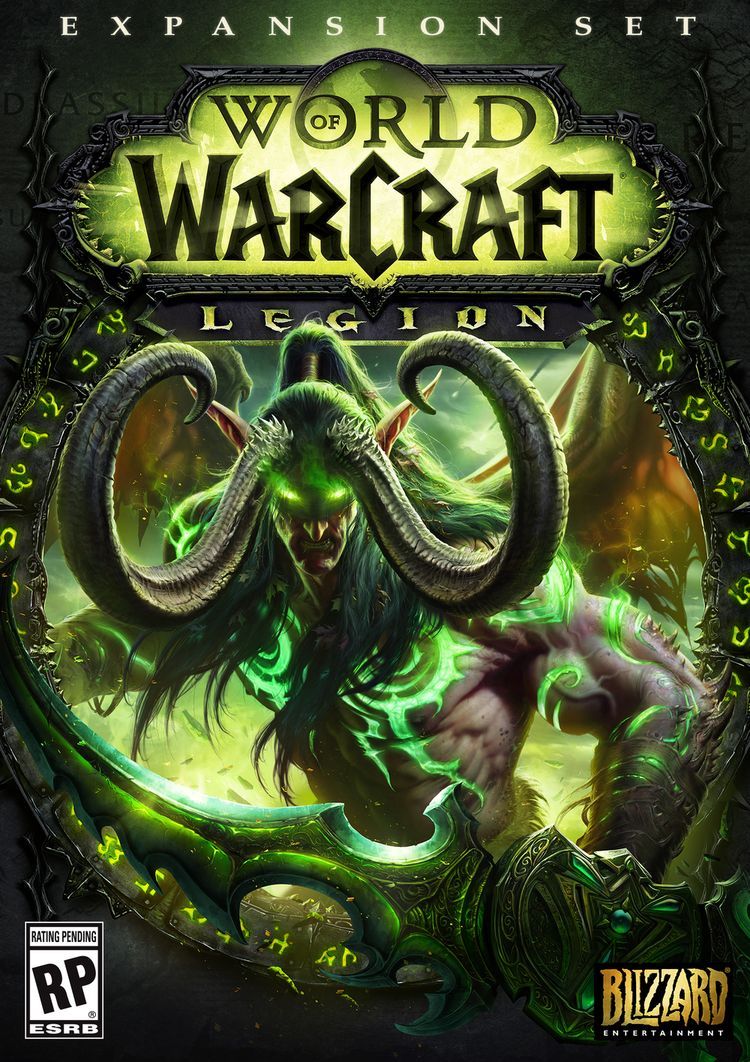 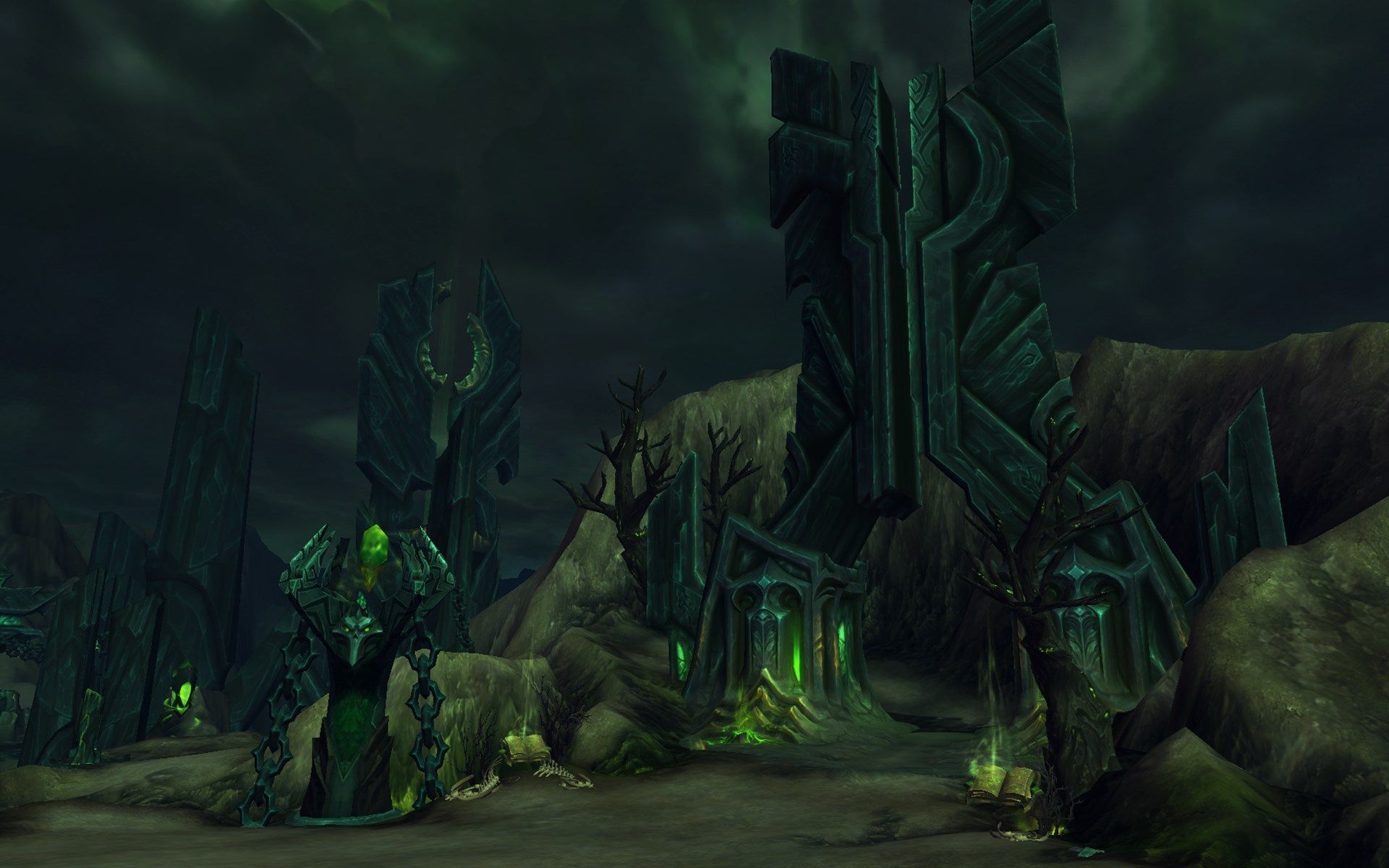 If it is possible to sum up World of Warcraft: Legion’s story in a single word, I would choose ballsy. Within the first few minutes of the game, several major characters that have played big roles in Warcraft lore throughout the years are killed. Both the Alliance and the Horde have now lost their leaders, leaving the the young Anduin Wrynn and the Banshee Queen Sylvanas Windrunner to lead their respective factions through this crisis.

Of course, no expansion focused on the Burning Legion is complete without the return of the fan favourite demon hunters. Gamers will finally get a chance to play the class as either Night Elves or Blood Elves after Maiev Shadowsong chooses them over the Burning Legion as the lesser of the two evils. Now unleashed upon Azeroth to exterminate the Burning Legion without mercy, the demon hunters are quickly resurrecting their organization without Illidan Stormrage at the helm and rebuilding tenuous ties with the Horde and Alliance. 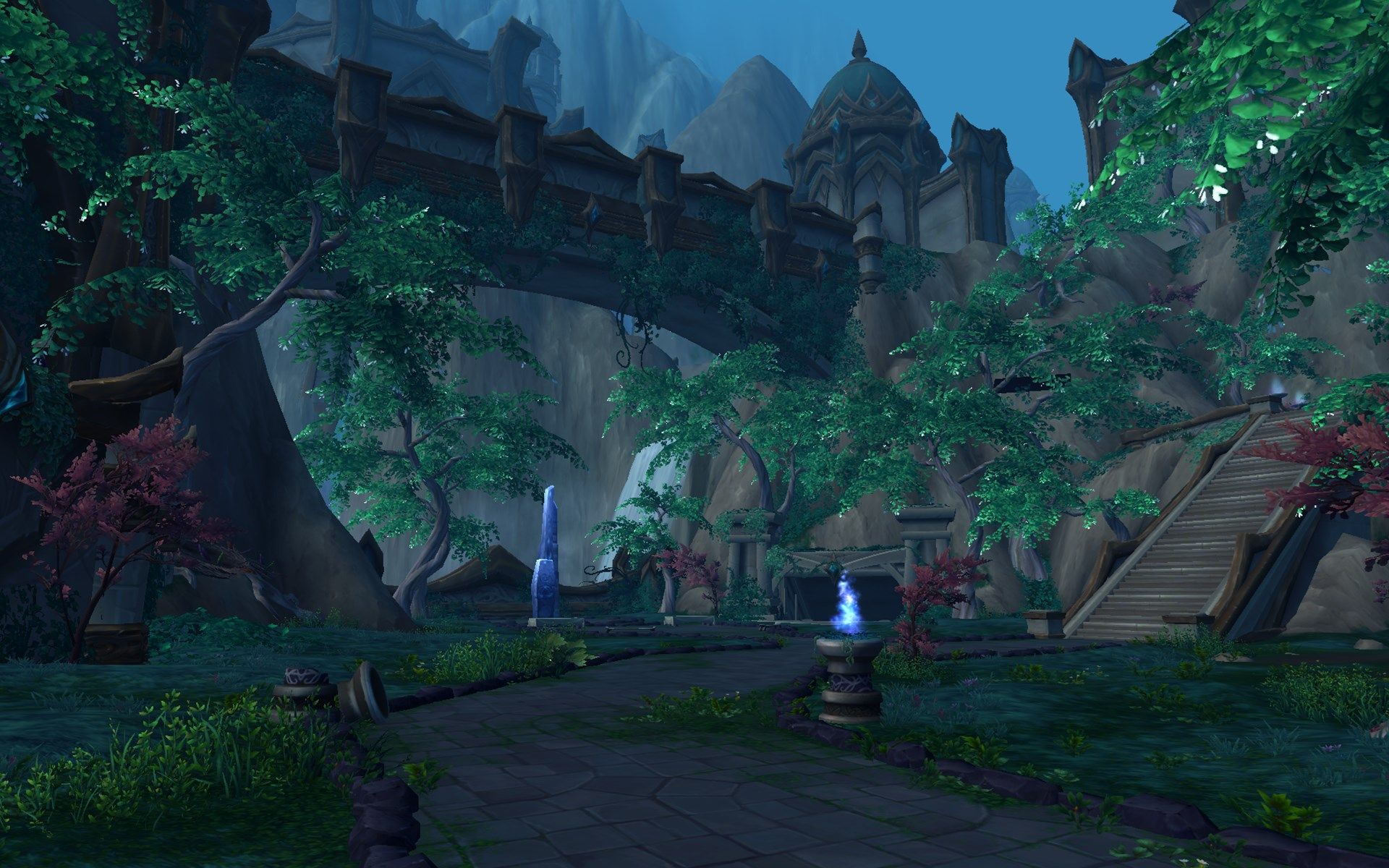 Blizzard is continuing to demonstrate that their writers are some of the best in the industry. World of Warcraft: Legion is probably one of the strongest expansions lore wise. The pacing is excellent and the story is interesting. Even with the grim events World of Warcraft: Legion is built around, Blizzard still manages to work in their trademark sense of humour into the game.

I get questions from friends who do not play World of Warcraft once in a while about why World of Warcraft 2 has yet to be released. My answer is always simple: compare vanilla World of Warcraft to the latest expansion over a decade on and you will see two completely different games. The popularity of the Nostralrius private server before it was shut down is evidence how much has changed in twelve years. Blizzard has kept their MMORPG going all these years by implementing incremental changes to the system, whether they brand new ideas or ones inspired by the multitude of so called “WoW killers” that have been released over the years. 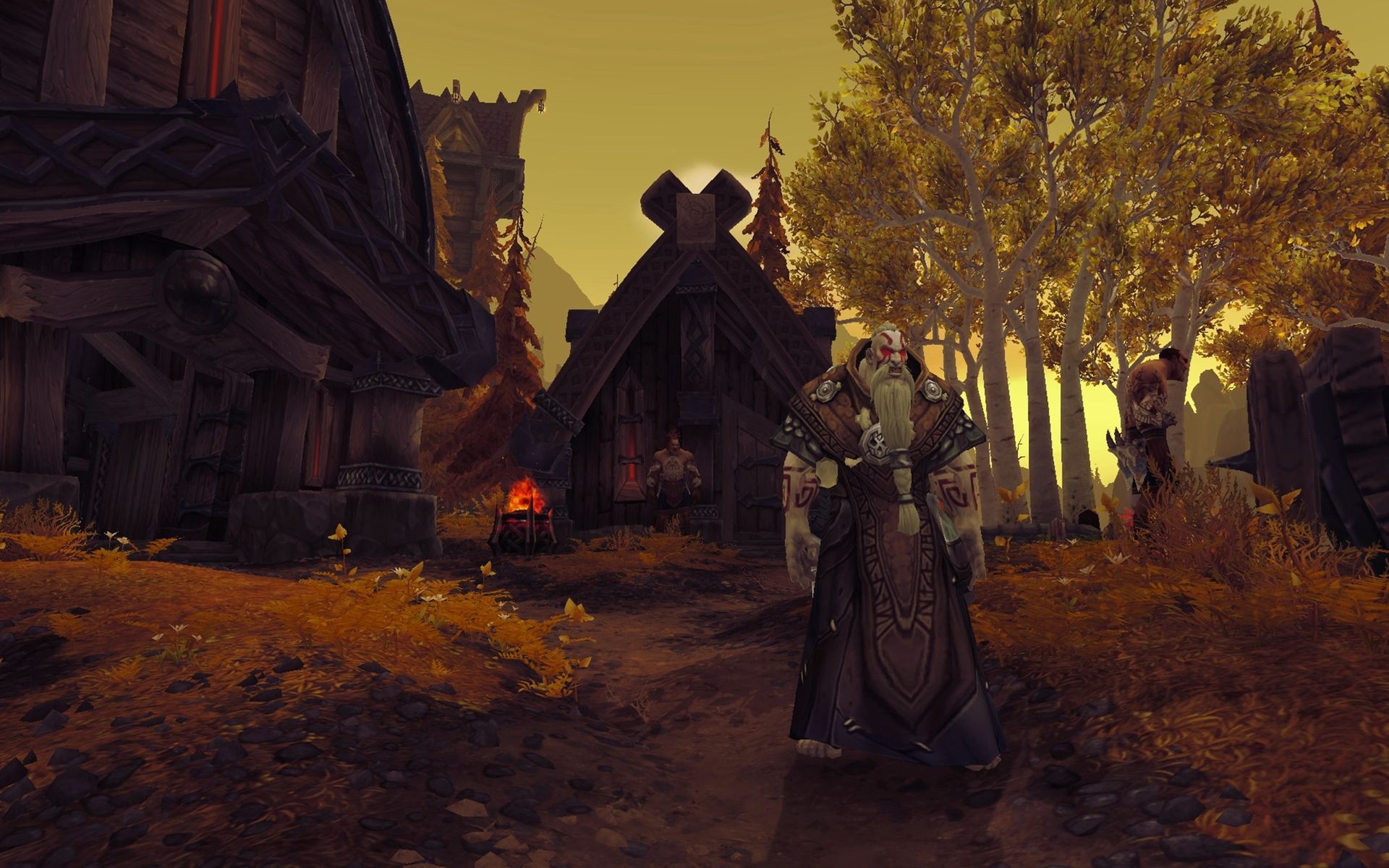 World of Warcraft: Legion is no different. Behind the marquee additions of artifact weapons and demon hunters are a slew of changes both big and small. One of the biggest is the changes to the garrison system. Many players criticized that World of Warcraft: Warlords of Draenor’s encouraged players to sit in their garrisons. Blizzard’s phase instances of low population areas helped breath a little life into quieter areas, but it also came at the cost of breaking up the communities on the server, which many RP servers are still quite bitter about. For Legion, Order Halls are replacing the garrison. The halls retain the NPC questing system of the garrison but are no longer a solo instance. Instead, they are a meeting place for all members of that class. The NPC questing system makes its return, albeit in a slightly different format. The NPC quests are tied into each player’s quest line for their artifact weapon and the NPCs recruited are either nameless troops or named champions who play a more active role in a player’s Legion experience. Additionally, the Order Halls are where players can spend their points to add new skills to their weapons, and research perks for their Order Halls. Blizzard has also released a mobile app to help players manage their Order Halls on the go. The new Order Halls are a massive improvement over the garrison. The biggest and most important change is that there are no economic related activities happening in the Order Halls. Forcing players to go back to town to use the auction house or find a crafter to make their goods is a big stride in rebuilding some of the community that was lost in Warlords of Draenor. Add in the constant flow of people running around the Order Halls and the game is already feeling a lot more like an MMORPG again. 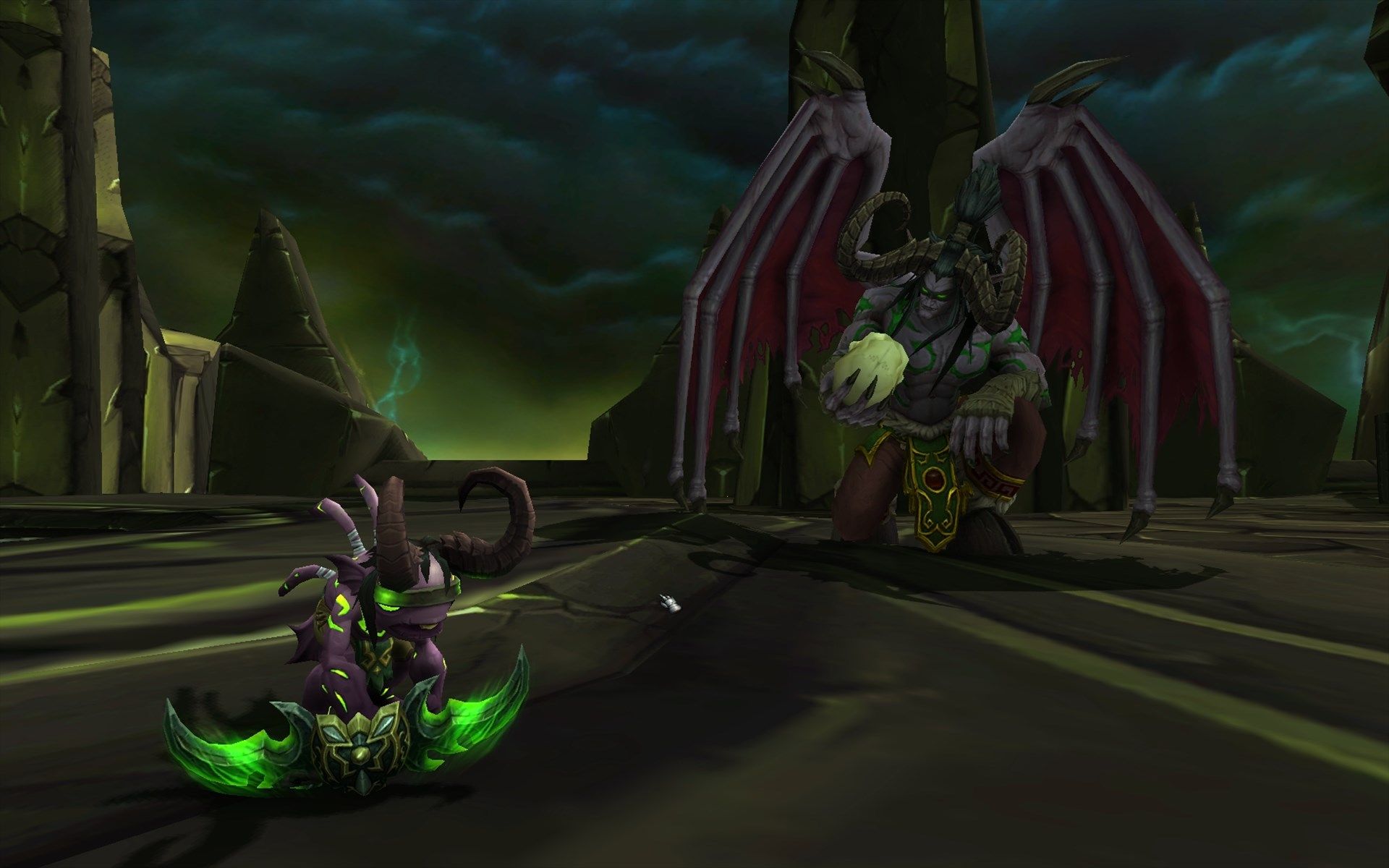 One of the more interesting changes to the game is the complete shake up of the PVP system. The goal is to separate the PVP and PVE elements of the game as much as possible, allowing Blizzard to balance one aspect with as little impact on the other as possible. Blizzard has removed PVP items completely from the game, hoping to make PVP less gear focused. They estimate that differences in gear acquired in PVE should only account for roughtly a 7% power difference. A separate honor talent tree has been implemented that allows players to add new talents as they proceed through the honor ranks. In true modern video game fashion, once a player hits level 50, they can prestige to gain new cosmetic benefits and progress through the honor ranks again. Of course, the biggest change to PVP is actually quite simple, the dreaded human racial ability Every Man For Himself has been nerfed significantly. It is a huge step in rebuilding a balanced PVP system for the game.

Now I want to make it clear, I have not participated in PVP much since World of Warcraft: The Burning Crusade for a variety of reasons, both personal and game related. The PVP balance issues that has dragged on for the last several years has not encouraged my return either, which culminated in me completely avoiding PVP in Warlords of Draenor all together as a Horde player. At this point, I think I am happy with any serious change to the system that starts with nerfing Every Man for Himself. Hopefully the new changes bring a little more long-term balance that has plagued PVP is better than the previous system.

PVE has also seen some changes. Blizzard has completely removed levelled zones from the game. Instead, players are free to pick and choose the places they want to quest in and in the order they wish to do it. As players level up, both the questing area and the dungeons will automatically adjust its difficulty to reflect the player’s levels. I like the new system as it helps players experience the lore at their own pace while still keeping the difficulty level at an appropriate level. 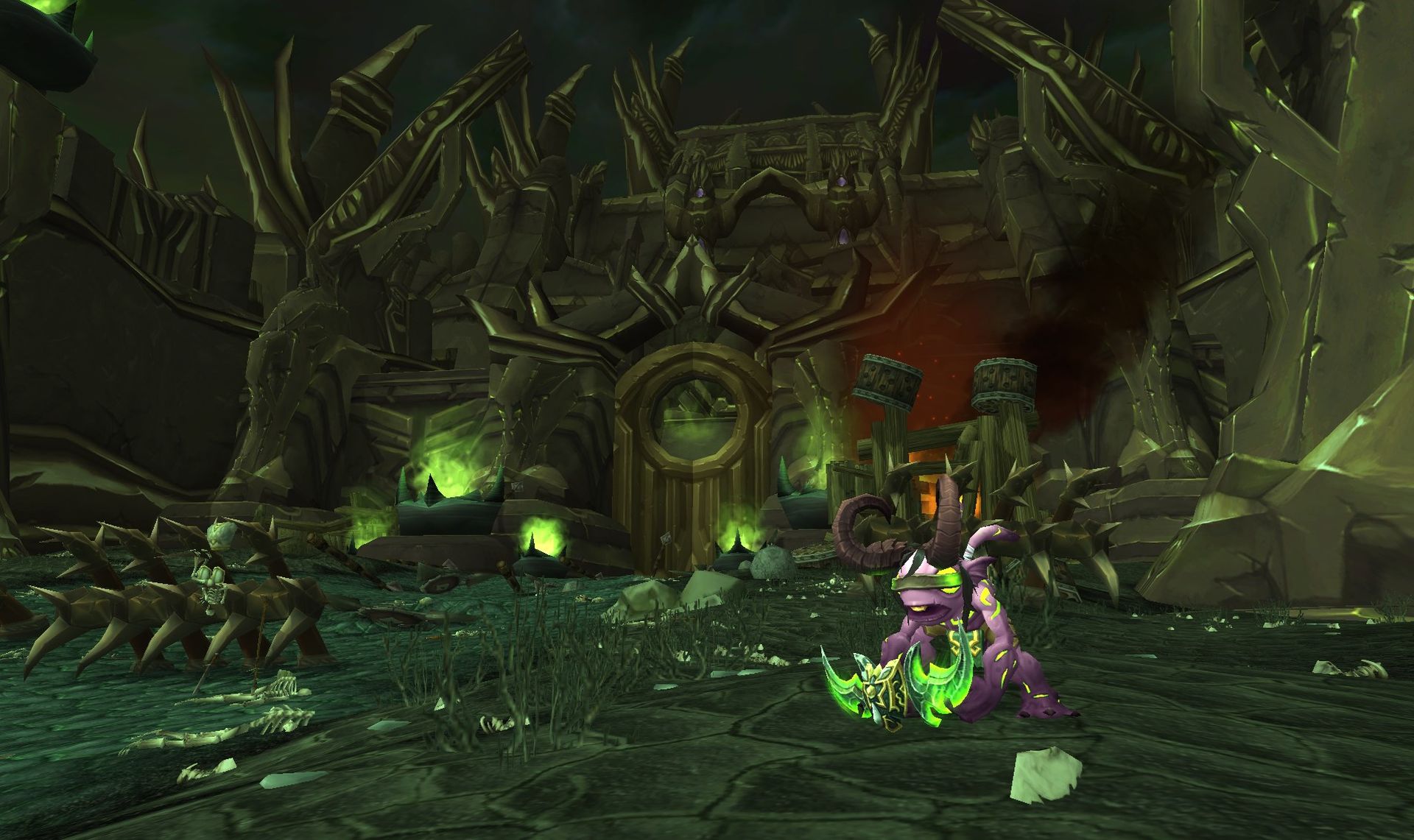 The artifact weapon system is probably one of the more radical changes to the item system World of Warcraft has seen yet. Instead of having players chase after weapon drops in instances and crafting, every class specialization in the game has its own artifact weapon. As players complete quests, run dungeons/raids, explore the world, and so forth, players gain artifact points and artifact relics to spend on new artifact skills. Artifact skills are a mix of stat boosts, passive skills, and active abilities suited for the specialization. I am quite pleased with the new system, as it brings back a little bit of the old talent system without completely overwhelming the new, simplified talent system introduced in Mists of Panderia. Additionally, it means that every player gets a chance to participate in a legendary weapon quest, instead of waiting and hoping for Blizzard to choose their class as the lucky recipient of that expansion’s legendary weapon. As a person who has played the often ignored feral/guardian druid for several expansions now, I am thrilled to finally partake.

The new demon hunter class is a leather wearing agility melee specialist. Like the death knight, players start in a specialized area that introduces players to the class’ lore and abilities, before depositing players at the beginning of the expansion. Players need to have a level 70 character on a server before they are allowed to roll a demon hunter. In a break from tradition, demon hunters only have two specializations, the vengeance tank spec and the havoc DPS spec; however, each spec has their own set of skills. Demon hunters use pain and soul fragments as their resources. Both are generated using specific abilities, though soul fragments are generated by random chance. Both are used to fuel various demon hunter abilities. As a highly mobile class, demon hunters are able to double jump and use glide to slow their fall. The havoc specialization plays a lot of like a fury warrior mixed with a rogue, while the vengeance tank feels more like a cross between a death knight and the dodge-heavy druid tanks of previous expansions. The class is very fun to play and stays true to the lore. While I think the double jump and glide ability is a little too handy compared to other classes, I hope that Blizzard considers giving other classes more mobility options versus nerfing the day lights out of the demon hunter. 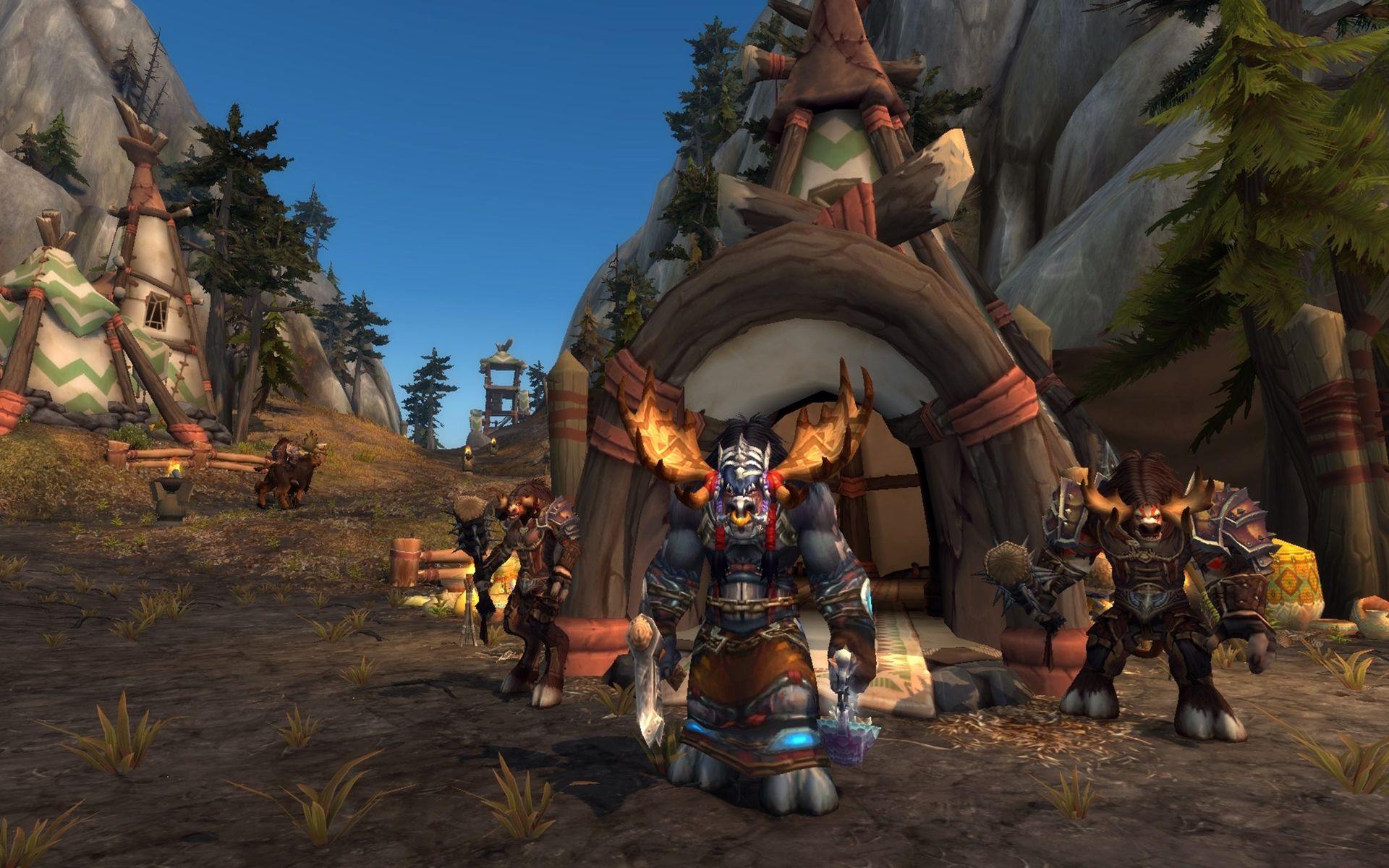 The smaller changes are just as important in World of Warcraft: Legion. Blizzard has been taking cues from the vibrant UI modding community over the years, updating the default UI with functions that mimic or outright replace popular mods. This expansion pack is no different. As a tank, my favourite of these changes is a small subtle arrow in the targeting circle that shows which direction the selected target is facing. Additionally, the upgrades to the transmogrification system brings the game more in line with the flexible system used in Diablo 3. When players pick up an item, the look is saved and can be used later for a small fee. The crafting system has also been stripped down a bit, cutting down the number of recipes in the game in favour of rewarding crafters with more efficient recipes over time. Inscription has seen the biggest change in result of this decision, with major glyphs being completely dropped from the game in favour of raid specific consumables. 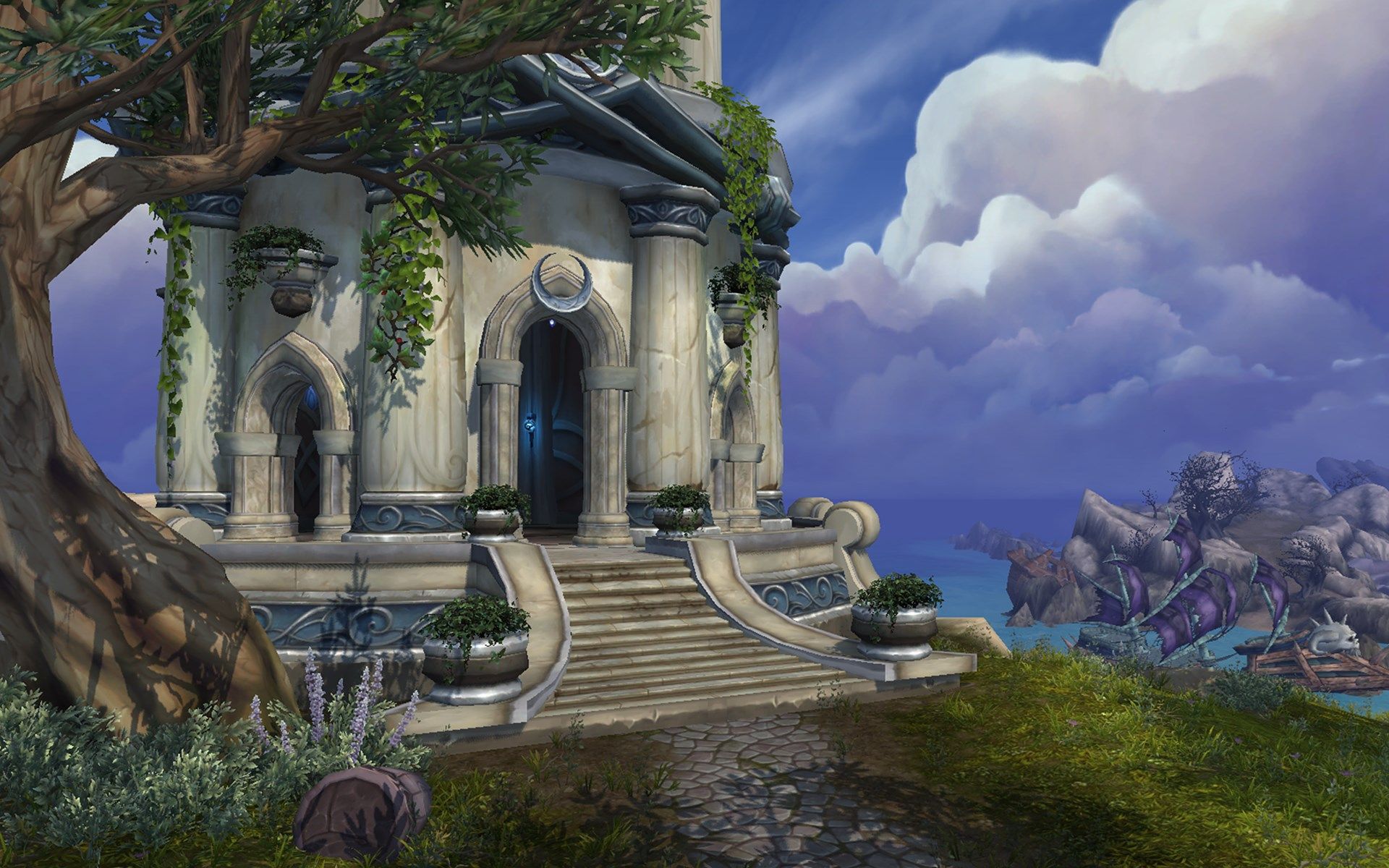 Much like the gameplay, World of Warcraft has seen graphical engine updates over the years. It still runs as well as ever on old computers, though the minimum system requirements have been given a gentle bump up this time around. While some minor tweaks here and there have been implemented, it is all so subtle that I can barely tell the difference between Legion and Warlords of Draenor. The biggest and most noticeable change is the maximum draw distance has been tripled, giving players with the latest video cards a good long look into the distance.

Art style wise, Legion is looking great. The Burning Legion’s demonic lime green style is used liberally within the game, easily marking characters as good and evil while representing the demon hunter’s precarious life in between the lines. There are plenty of new models in the game that compliment Blizzard’s already large library well. 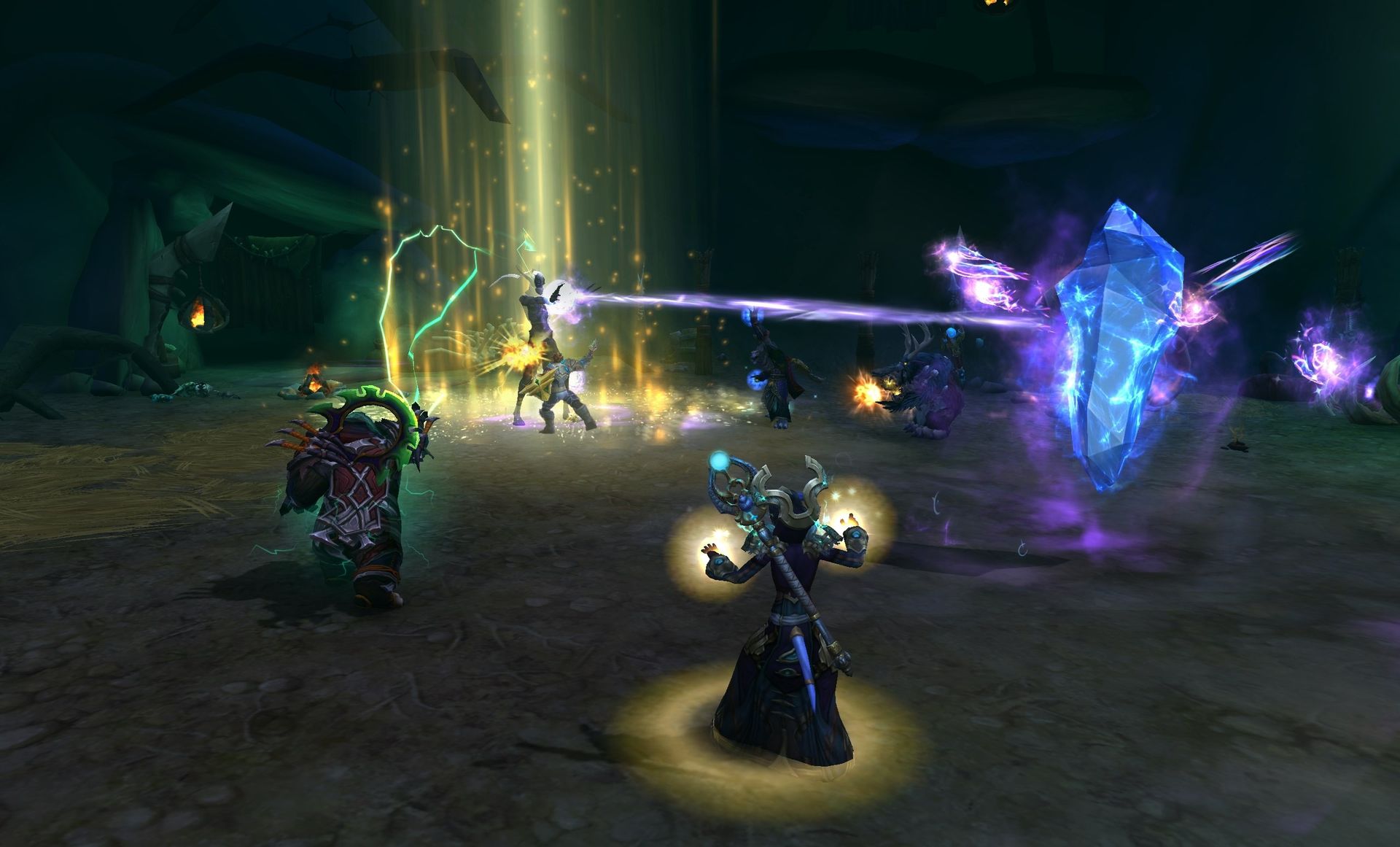 World of Warcraft: Legion continues the tradition of a strong audio experience. The sound effects are excellent. While there are a few smaller characters where voice actors miss the mark, the voice acting is top notch for the most part. The soundtrack is a fantastic mix of epic fantasy tracks with more subtle songs to keep things balanced.

World of Warcraft: Legion is a well balanced mix of gutsy and subtle changes and additions. Blizzard’s writers are moving back towards the more traditional topics in World of Warcraft lore, yet has gleefully killed off plenty of major characters. PVP has seen a complete overhaul, yet PVE has been tuned to be a more consistent experience. The long awaited demon hunter is an excellent mix of the familiar, yet adds some new concepts such as high mobility and completely separate skill sets. When all the updates and additions are combined, World of Warcraft: Legion is likely one of Blizzard’s best expansion packs in a long time. 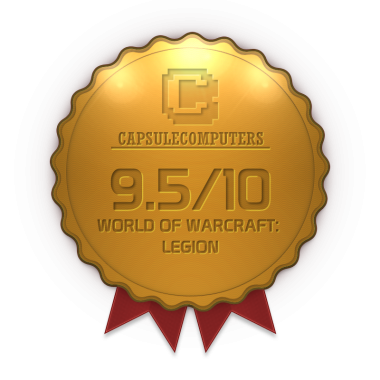 World of Warcraft: Legion is a great example of an expansion pack: a bit of modernization, a lot of addressing previous criticisms, and a ton of new content.
9.5