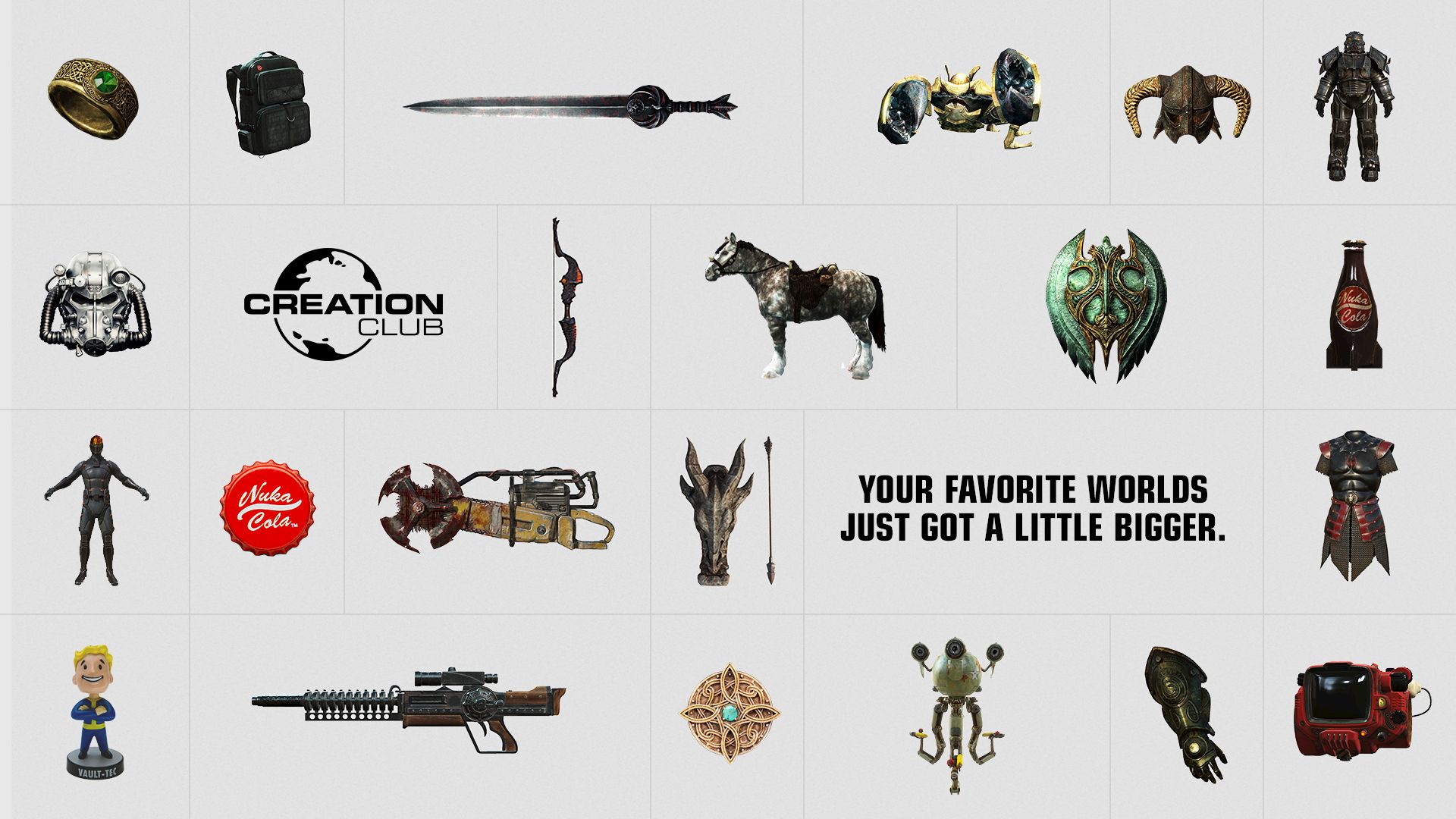 During their E3 2017 presentation, Bethesda announced Creation Club will be coming to Fallout 4 and The Elder Scrolls V: Skyrim Special Edition for PC, PlayStation 4, and Xbox One this summer. The program will offer a way for content creators to work with Bethesda to create new content to both games and get paid for their efforts. The program will require content creators to pitch new ideas to Bethesda. Once accepted, Bethesda and the creator will work together to develop the idea into a full fledged DLC that can be bought with Creation Club credits. The resulting content will be checked through Bethesda’s quality assurance team, meaning it will be 100% compatible with all save files, achievements, DLCs, and other Creation Club content. For gamers, the credits are purchased through their platform’s store and are transferable between all three platforms.

Bethesda’s latest efforts to continue monetizing Fallout 4 and The Elder Scrolls V: Skyrim is incredibly intriguing. The PR nightmare that followed the Skyrim paid mods program of 2015 was swift and merciless for both Valve and Bethesda. The company is clearly making an effort to prove it is not making the same mistake twice. Technically, this is the same as contracting out the development of an expansion pack to a game to a smaller studio at a much smaller scale, but the bigger question is if the fans will see it the same way.