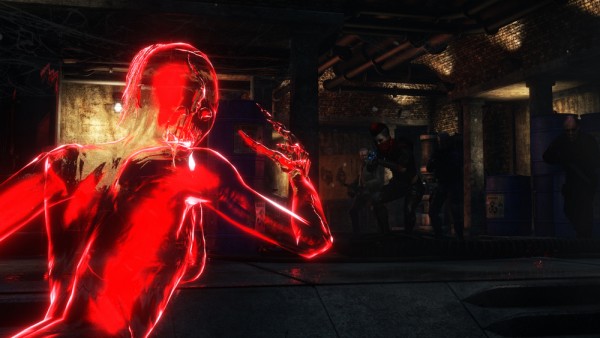 We got the opportunity to chat with Alan Wilson, Vice President at indie FPS developers Tripwire Interactive. The team at Tripwire have been developing FPS games for the last decade, taking their Unreal Tournament 2004 mod Red Orchestra: Combined Arms all the way to a retail release. Currently, they are busy developing the follow up to their hit co-operative horror FPS, Killing Floor 2. 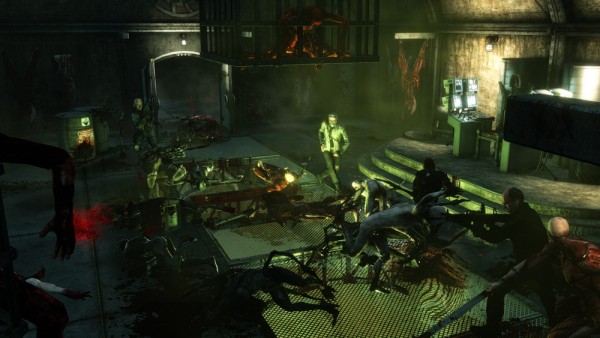 Making a sequel to a popular game with a devoted fan base is a lot more than just polishing up the graphics and pushing it out the door. What’s the process that goes into deciding what Killing Floor mechanics should be changed for Killing Floor 2? How do you balance what the fans of the original game want and wanting to try new things?

The key for us was first deciding what SHOULDN’T be changed. Both in terms of actual game mechanics and in terms of the overall feel of the beast. Once we’d figured out what need to remain the same, then we could start looking at all the things to add, things to change and so on – informed by the base decision of what NOT to mess with. Like perks – we wanted the same basics, with leveling and benefits – but we split the Sharpshooter perk out to make more sense (and respond to suggestions from the fans), increased the level cap significantly, made more sense of the actual leveling mechanics and added in the new “skills”. 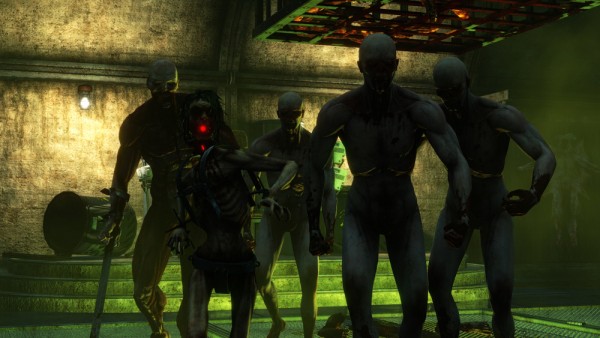 Tripwire is collecting a ton of gameplay data with the Steam Early Access build. How on earth do you sift through all that data and make heads or tails out of any of it? How does nebulous data turn into to actual gameplay changes?

Well, it is a mix of really good data and very nebulous data. “Berserker damage when use the Pulverisor needs to be reduced a small amount on HoE” is good detail. “Berserker is way OP!” is rather nebulous. We asked for feedback and certainly got it – a lot of it. So, yes, now we’re trying to sift through it all. We have to look for the relevant feedback for a start, ideally on game balance. Then look for the commonalities in the feedback. One person complaining about one knife, most likely not going to get traction. A 10-page thread on shottie penetration will get notice. But we have to look at the whole of that thread, looking not just for the suggestions, but also looking for the root cause, as posters may not grasp all the inter-connected systems lurking. Then we can home in on what is causing people angst, maybe ask a couple of questions in the thread, home in on which variables we’ll mess with. Then we need to run those ideas through a bunch of calcs internally – have a designer look for all the knock-on effects of changing (for example) shottie penetration. Tweak internally, test etc. And then repeat for the many (MANY) other pieces of feedback. 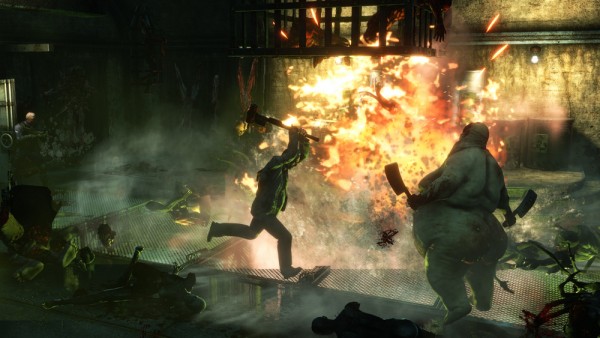 But this does also inform the design of incoming new weapons, learning from the tweaks made in the early rounds. And it does all take time to get the machine rolling, changed over from “get the game out the door” to “now tweak systems” for some of the team.

We’ve already started seeing custom maps pop up for Killing Floor 2. Will we be seeing Steam Workshop implementation or some way to manage custom maps before the Early Access is over?

That’s the aim, yes. We’ve got a whole bunch of things we want to try out around the workshop. Watch this space! 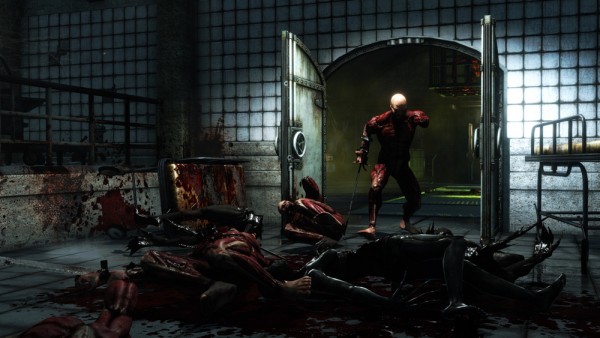 I figured Tripwire had already covered all the standard archetypes with Killing Floor, yet you’ve managed to pull out three more for Killing Floor 2! People have been data mining and speculating like crazy on the new perks. Can you give us any hints, clues, confirmations, denials… anything?!

Ha. No. Well, people have seen the buttons we did at NYCC last year. So you’ve got Helmet Dude, Dragon Guy and so on. There’s actually been some pretty smart guesses out there. Some people have definitely figured it out. But I won’t tell who 🙂

You guys cited Soldier of Fortune’s GHOUL system as one of the main inspirations for Killing Floor 2’s MEAT system. Were there any other inspirations when it came to designing MEAT?

Product of a fetid and warped imagination really. Blame Dave Hensley and a couple of other members of his art team for the levels of gross! A wide reach of horror movies! 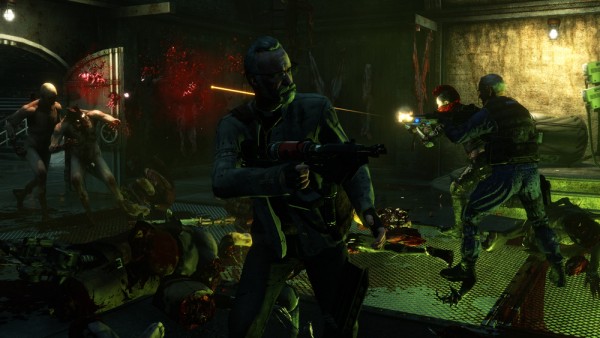 Where on earth did Hans Volter come from? Any clues on his back story or will we have to find out when the game leaves early access?

For the life of me I can’t remember where he started from. We wanted at least one more archetype of “mad scientist” and this is what came out. I’m sure bits of his back story are lurking out there, but think Swiss-born early in the 20th century, completely lacking in any moral compass. Research into pain and degradation of the human body, leading into dabbling with the madder Nazis in the 1930s and 40s. Then realizing that the Nazis weren’t the supermen they professed to be – after all, they lost. Finding interestingly disgusting uses for the bio-mass being produced by Kevin Clamely’s Horzine, particularly in prolonging his own life. Well, just go hunt around Manor for more of what he has been up to!

Tripwire has always been very focused on making firearms as realistic as possible, whether it is in a realism-oriented shooter like Red Orchestra or the more arcade-like experience in Killing Floor. How much extra work goes into recreating the experience of firing a weapon so closely?

I don’t know if it is “extra” work – it is just the way we do weapons. We don’t want people to just be bashing mouse/controller – click-click-bang-bang. We want each weapon to feel unique, memorable to play with. Satisfying to use, feeling like you’d really be doing some damage with the thing. And yes, it does give us an excuse to own the relevant weapons and go shoot them – research! 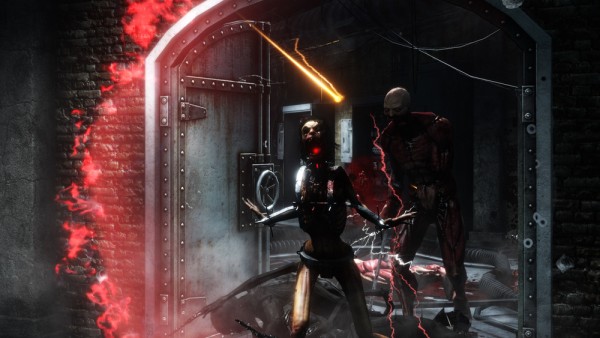 You’ve cited in the past that the paid DLC will mostly be cosmetic changes and side-grade weapons, but are there any plans to have any similar content unlockable through gameplay?

We don’t actually have all the answers to that as yet. We’re juggling a number of ideas. We want the best of the user-generated content to find its way “officially” into the game, so looking at Workshop and so on. We’d like the best of the community content to actually give the people producing it a financial return as well. But we like giving players rewards in game too. We don’t want to build some immensely complex system, but we want to find a good balance.

We always bring things from one project to the next – some of them consciously and deliberately, others accidentally. hence a lot of the engine work on RO2/Rising Storm rolled forward onto KF2. But so does our weapon handling – just because we want the weapons to feel really satisfying to use, believable, whether it is in a “authentic” setting (RO2/RS) or in a “fantasy” setting (KF2). 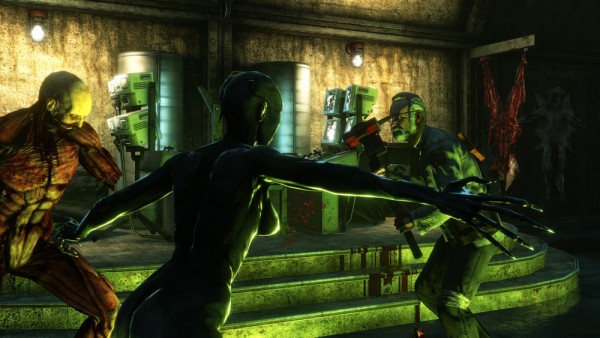 Valve was hoping to help turn mods into full blown retail games with their now cancelled paid mod system. They cited Killing Floor as the type of project they were hoping to foster with their failed adventure. On the other hand, Killing Floor made the leap without the need for a paid mod set up and Tripwire Interactive has a strict no paid mods policy in the EULA. What sort of things that helped Killing Floor go from a mod to a retail game? Any lessons learned that might help other mod projects make a successful leap to retail?

First off, I don’t think Valve “failed”. I think they could have picked better examples than taking some Skyrim pieces that had been free and shifting them over to money-spinning. For a mod to make the leap to commercial release, without some outside help (mostly funding, but also direction, marketing and more) is really, REALLY difficult. We’ve nearly gone broke a couple of times on that route. We state “no paid mods” in the EULA just to make clear that people can’t just go using all our hard work, slap something on top and expect to go make money off it, without us getting upset about it. But there are most definitely scenarios where it would work – Rising Storm being an example of that. That was a mod, prompted by us, that made it all the way through to a full commercial release and winning PC Gamer’s “Game of the Year” award. But it had our full backing all the way. So we can certainly see scenarios where everyone wins. Its just going to take a bit more thought on full-scale mods. For us, its just another evolution, another step in user-generated content getting monetized. As I said – needs thinking through further, but it WILL get there, if enough people are interested. To date its pretty much been Valve and ourselves taking mods commercial – TF2, CS, Portal, RO, RS and KF to list just a few. And its pretty much just been the two of us taking mods up onto Steam for free in the past – Darkest Hour and Mare Nostrum for RO1 from us. 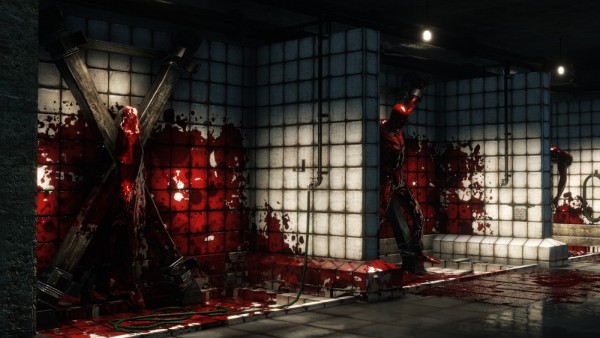 As for lessons learned on how to take a mod to retail – that’s hard. Well, it IS easier now with the free availability of UDK, Unity and so on, although that sort-of blurs the lines. Are those mods to Unreal or new games? Ultimately, any full commercial project is going to be a seriously challenging undertaking – that’s one of the reasons Valve was looking to try out ways of making that transition somewhat less painful. There’s a lot of great mods out there, that simply won’t ever make that transition to a full game, in the current eco-system, unless someone like Valve or ourselves pick them up.

Our thanks goes out to Alan Wilson and the team at Tripwire Interactive for taking the time out of their development schedule to sit down and talk to us!

Be sure to read more about Killing Floor 2 in our preview and pick up the game on Steam Early Access.

Maneater Releasing on May 22, 2020 on Consoles Too 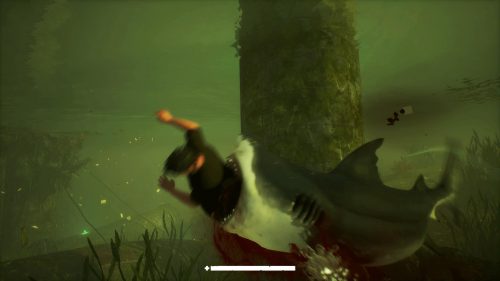