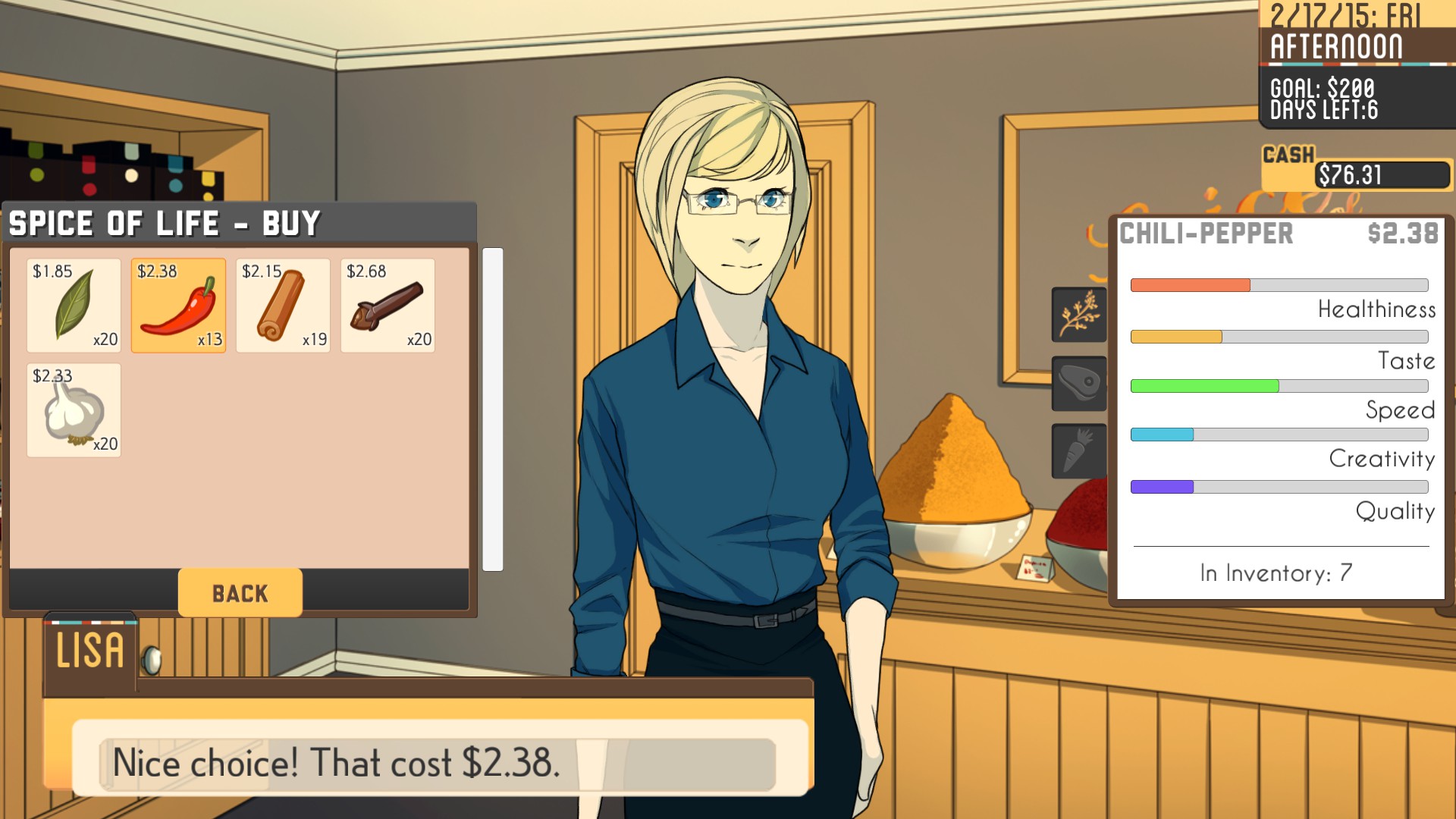 A new PC visual novel, developed by Lakeview Interactive, has been released on Steam and it may offer something a bit different for fans of the genre. The title is called Culina: Hands in the Kitchen and while it might be a visual novel it also implements various elements of strategy as players will need to do more than simply interact with other characters, they will need to manage the restaurant by purchasing ingredients, putting together recipes, and more.

You can check out a trailer for the title as well as read more about the game on the Steam page. Currently Culina: Hands in the Kitchen is being sold at a 15% discount from $19.99 making it available for $16.99 until November 18th. It is also worth noting that the developer is also aiming to have the title released on the Xbox One sometime in the future but no release date has been set.