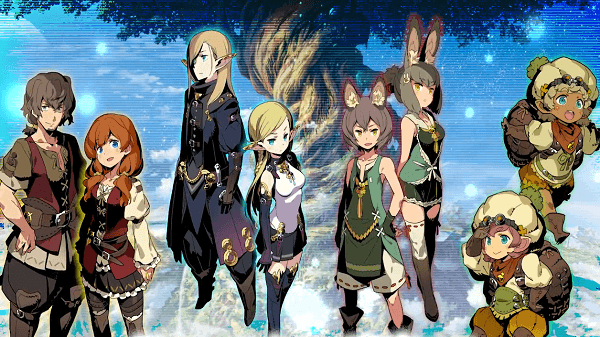 Atlus has released a couple of new trailers for Etrian Odyssey V: The End of the Long Myth with the first one focusing on showing off the “Dragoon” class and the second highlight Race and Union Skills.

The Dragoon is a defense specialization type that fights from the front row and is capable of absorbing high amounts of damage while the Race Skills are skills that will be specific to the previously detailed four playable races. As for Union Skills, these can be activated by your party members during a fight and allow them to team up to take down an opponent in one turn.