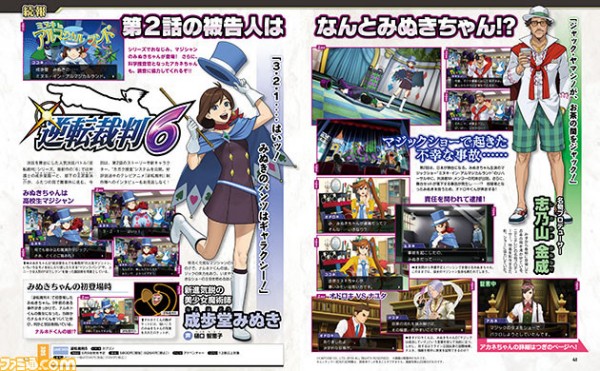 The latest issue of Weekly Famitsu has revealed that two more familiar faces will be making a return in Phoenix Wright: Ace Attorney 6 as it has revealed that both Trucy Wright and Ema Skye will be appearing in the game. For those who haven’t been following the series for a while, Trucy is Wright’s adopted daughter and works as a magician while in high school and Ema is a science investigator that is highly obsessed with forensics.

You can check out the scan above showing the two characters and as for the game itself, Phoenix Wright: Ace Attorney 6 will be released in Japan on June 9th for the Nintendo 3DS. As far as a Western release is concerned, Capcom has already stated that they are planning on bringing the game over but have not revealed any details since then.