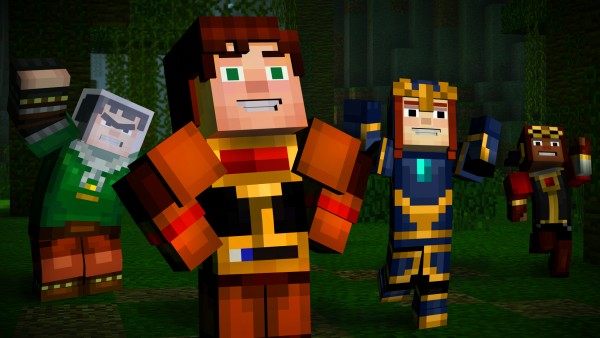 In more than a few ways it felt like Minecraft: Story Mode‘s fourth episode served as a proper ending to the season and in a way it might actually be the case. Not only did it see the end of the core story arc, it also was the end of the rapid release schedule that Telltale was taking with the series. Now three months after the fourth episode was released, Telltale Games has announced that the fifth episode will be arriving on March 29th.

Although Minecraft: Story Mode was originally slated for five episodes, it seems that Episode 5: ‘Order Up’ will be serving as the jumping point for three more episodes that will be released in 2016 as this fifth episode will serve as a way to bridge the gap between the Wither Storm arc and one that will follow the New Order of the Stone through brand new adventures.