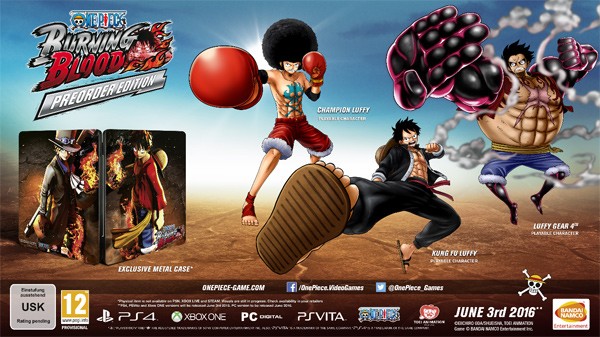 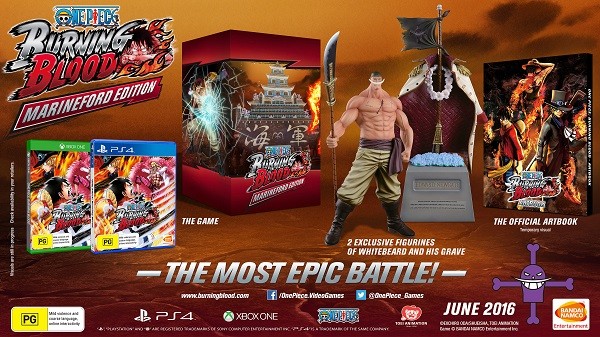 As for that aforementioned European release, the company has announced that those who pre-order the game will be given the above special bonuses. This includes a special metal case plus downloadable characters in the form of Champion Luffy, Kung Fu Luffy, and Luffy Gear 4th. There will also be a Marineford Collectors Edition containing an exclusive figurine of Whitebeard and his grave, an artbook, and a copy of the game for either the PlayStation 4 or Xbox One if they want something extra special.